The recent WHO allegation saying cough syrups manufactured by an Indian firm could potentially be linked to the death of 66 children in Gambia raises the burning crucial questions related to drug regulation in the country.

What was the reason for death of Children? (A Case Study)

What are the present Drug regulations in India?

Drug regulation in India is a complex process managed by law, mainly the Drugs and Cosmetics Act of 1940, and by multiple ministries, including the Ministry of Health and Family Welfare. The law creates a web of regulatory authorities to govern the process at both the central and the state level.

What is the Process of drug regulation?

What are the challenges associated with Indian drug regulations?

What are the reasons behind the lack of drug regulations in India? 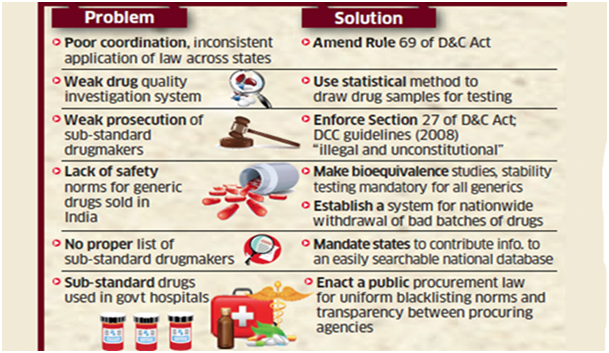