India stood out in terms of income and wealth inequality, claimed the World Inequality Report 2022.

What does the report say? 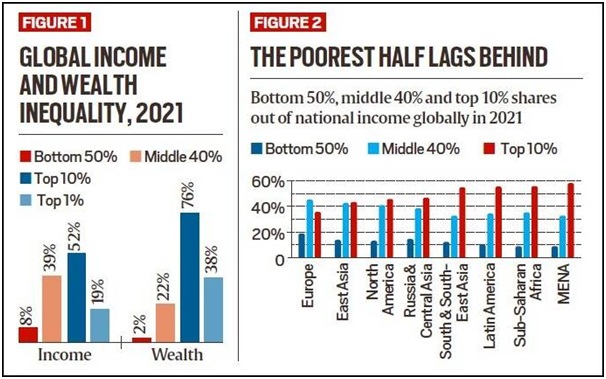 How ‘unequal’ is India?

What are the consequences of rising inequality?

Inequality is not an abstract concept. It needs to be tackled with effective cooperation to release the potential of societies and ensure that more cohesive and sustainable world is built.