India and the Ivory Tussle between CITES and African Countries

The four African Countries namely Namibia, Botswana, South Africa, and Zimbabwe, has approached CITES for removal for elephant from Appendix II conservation status for regulation of controlled ivory trade from the region to generate revenue.

What is an Ivory mean? 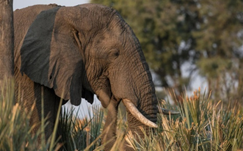 About the issue in CoP 19 event:

The Tussle over Ivory: