Varanasi has been nominated as the first-ever SCO Tourism and Cultural Capital during the recent meeting of Shanghai Cooperation Organization (SCO) Council of Heads of State in Samarkand, Uzbekistan.

“Banaras is older than history, older than tradition, older even than legend and looks twice as old as all of them put together.” – Mark Twain 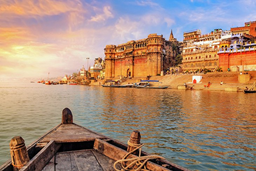