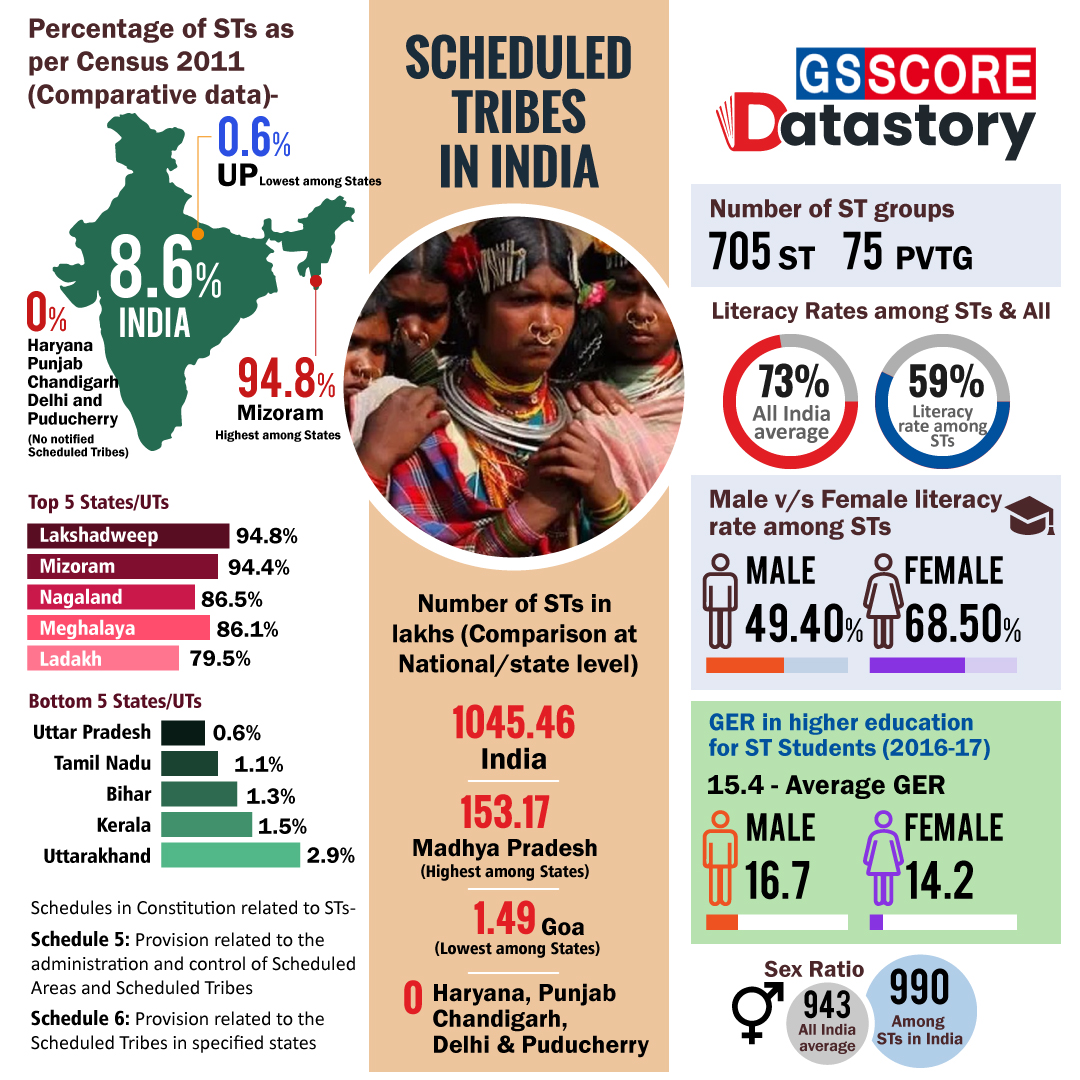 STs are spread across various states and UTs and constitute around 8.2% of total population of India as per Census 2011. It is well known that Scheduled tribes are behind the mainstream society in education, health as well as other social and economic indicators. Thus, using data from Census 2011 and annual report by the Ministry of Tribal Affairs, this data story aims to understand tribal demography and educational indicators.

Some schemes for development of STs include Tribal sub plan, MGNREGA, Eklavya school and Stand up India.

Not registered yet? register here!

Not registered yet? register here!