Timeline of WTO reforms in the past:

As the WTO’s members discuss reform proposals, they need to ensure not only that the WTO becomes more efficient, but also that it is inclusive and delivers on development, raising global trade volumes and aiding economic development uniformly all over. Thus, the onus of world economic development is on trading partners as well as the WTO equally. 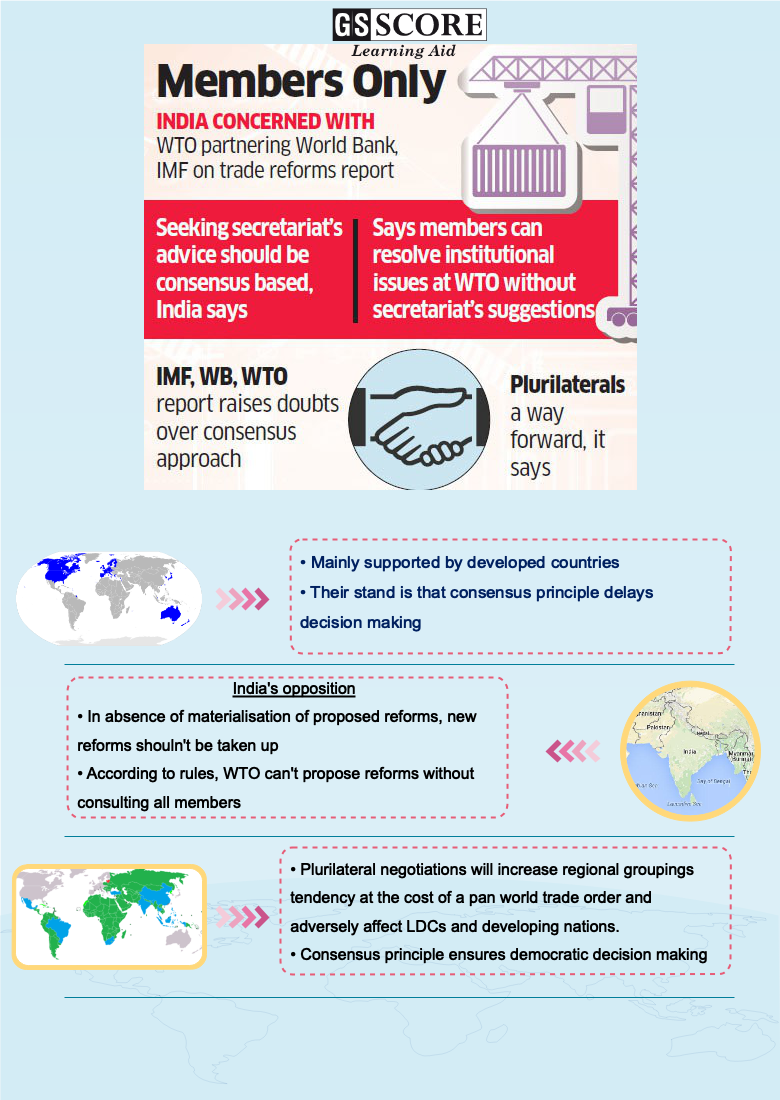 India’s concerns in Doha Round Ministerial Conferences need to be examined weighing both its pros and cons. Examine in contaxt of a permanent  Peace clause.