Sociology optional is one of the well-known and oft-chosen optional subjects in UPSC CSE. The nature of the syllabus and its significant overlap with GS Society, Essay, Ethics, and in small measures other GS papers renders it a unique quality of being a super subject. GS SCORE’S Sociology Optional Foundation is a 3.5 Months Comprehensive Class to Cover the Complete UPSC Syllabus of Sociology with the innovative methodology of teaching and application of different approaches mentioned in the syllabus. The sheer utilitarian value of the optional helps not just in the overall enhancement of knowledge but also covers most parts of the UPSC Syllabus.

Sociology as an Optional

Sociology optional is one of the well-known and oft chosen optional subjects in UPSC CSE. The nature of the syllabus and its significant overlap with GS Society, Essay, Ethics, and in small measures other GS papers renders it a unique quality of being a super subject. Even then, it is only with meticulous preparation and integrated learning, that one makes it to the top.

To manifest results in sociology optional aspirants need be observe and contemplate on the 2 stilts that the UPSC examination stands on: Preparation and Presentation

Preparation for UPSC Optional requires perseverance, but most importantly a comprehensive strategy. Through interactive and immersive class lectures, we aim to enhance one’s grasp over the subject, with particular focus on the Examinee’s mindset:

In the end, it all boils down to concrete, actionable fructifying preparation and quantifiable results. Preparation without Presentation renders itself null and void in the arduous journey of the examination. Effective presentation can be achieved by understanding the Examiner’s Mindset.

The Examiner’s mindset is perhaps easy to describe but difficult to understand. This is where we provide exhaustive answer writing practice through systematic and well-crafted test series.

Evaluation of answers drives a direction to your preparation. 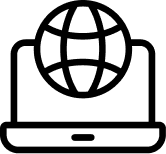 (a) Modernity and social changes in Europe and emergence of sociology.
(b) Scope of the subject and comparison with other social sciences.
(c) Sociology and common sense.

(i) Perspectives on the study of Indian society:

(a) Social background of Indian nationalism.
(b) Modernization of Indian tradition.
(c) Protests and movements during the colonial period.
(d) Social reforms

(i) Rural and Agrarian Social Structure:

(a) The idea of Indian village and village studies-
(b) Agrarian social structure -
evolution of land tenure system,  land reforms.

(v) Systems of Kinship in India:

(a) Lineage and descent in India.
(b) Types of kinship systems.
(c) Family and marriage in India.
(d) Household dimensions of the family.
(e) Patriarchy, entitlements and sexual division of labour.

(a) Religious communities in India.
(b) Problems of religious minorities.

(i) Visions of Social Change in India:

(iii) Industrialization and Urbanisation in India: