The United Arab Emirates has put a probe called Hope in orbit around the planet, making it only the fifth spacefaring entity to do so after the US, the Soviet Union, Europe and India. 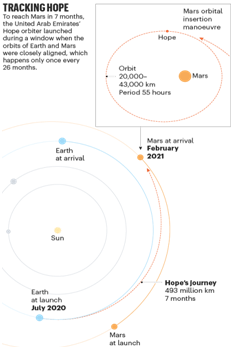 A brief history of Mars Mission

Significance of the mission