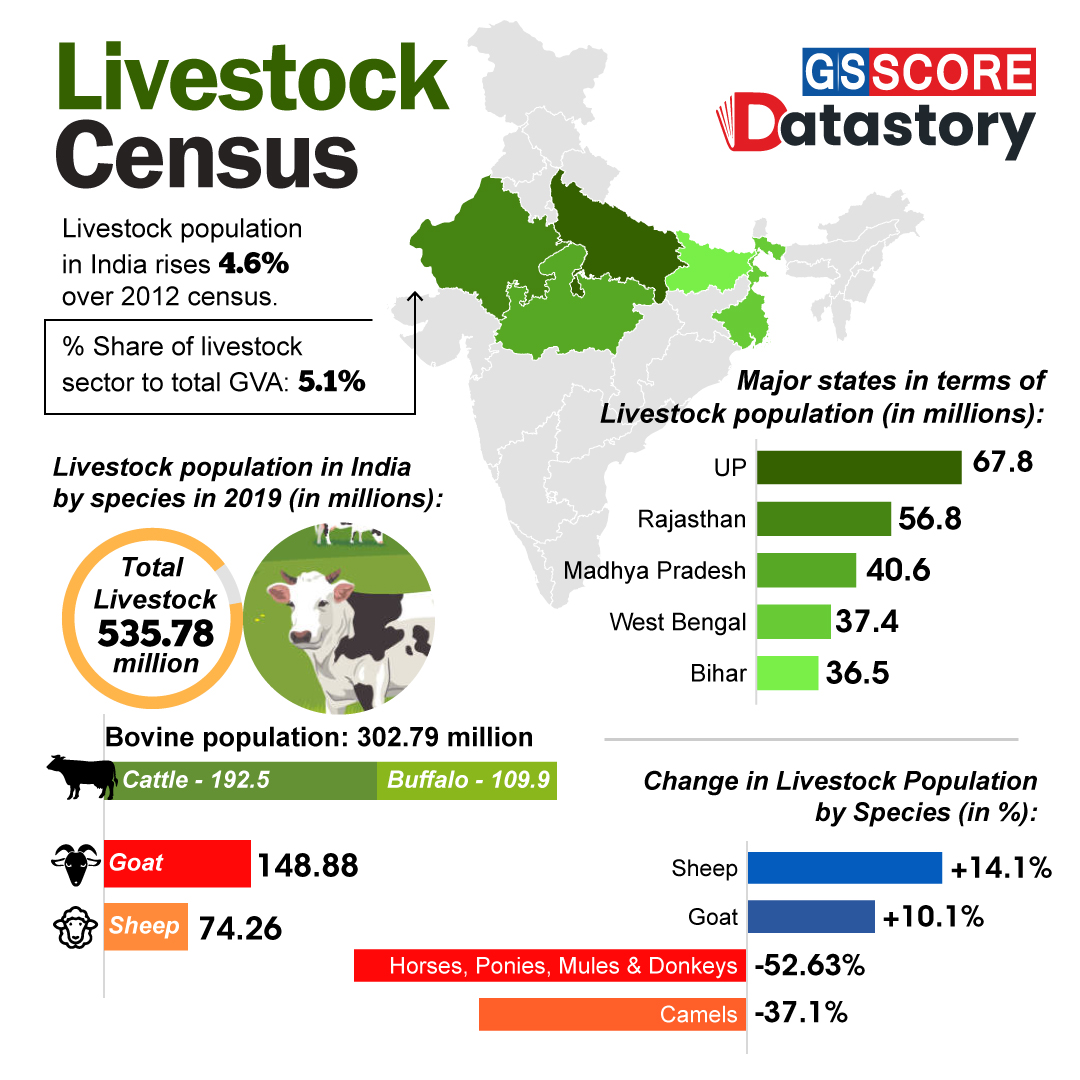 The Department of Animal Husbandry & Dairying under the Ministry of Fisheries, Animal Husbandry & Dairying attributes critical importance to livestock and to the collection and availability of up-to-date and accurate data related to livestock, as they are the vital component of rural economy. For proper planning and formulation of any programme meant for bringing further improvement in this sector and its effective implementation and monitoring, valid data are required at every decision making stage.

The Livestock Census is the main source of such data in the country. The livestock census has been conducted across the country periodically since 1919. The census usually covers all domesticated animals and head counts of these animals are taken. So far, 19 Livestock Censuses were conducted in participation with State Governments and UT Administrations. The 20th Livestock Census was launched during the month of October, 2018. The enumeration was done in both rural and urban areas. Various species of animals (cattle, buffalo, Mithun, yak, sheep, goat, pig, horse, pony, mule, donkey, camel, dog, rabbit and elephant)/poultry birds (fowl, duck and other poultry birds) possessed by the households, household enterprises/non-household enterprises were counted at that site. Another important feature of 20th Livestock Census is it has been designed to capture Breed-wise number of animals and poultry birds.

For the first time, livestock data were collected online in the 20th Livestock Census. Advanced technology has been adopted to collect data through tablet computers. The National Informatics Centre, Ministry of Electronics & IT has developed an Android based mobile application for data collection with various features such as data entry module to facilitate recording the data on tablets, web-based work application, local government directory codes etc.

This data story aims to highlight the comprehensive data on livestock population in India.