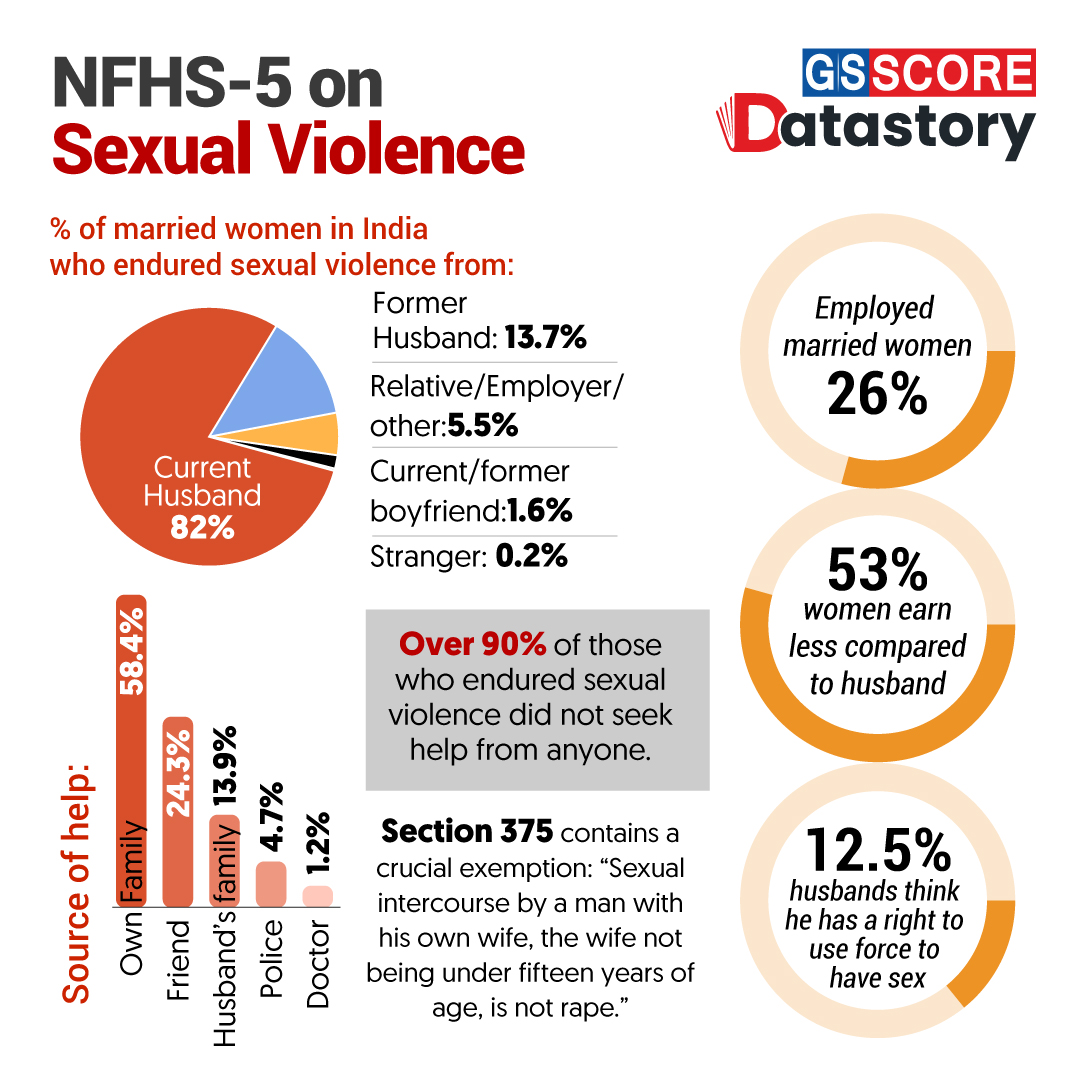 Data from NFHS-5(2019-21)* show that over 95% of married women in India who endured sexual violence identified their husbands/former husbands as the perpetrator. Worryingly, over 90% of those who endured sexual violence did not seek help from anyone. Even among those who did, none approached a lawyer to seek legal recourse. More than 70% took help from their own family or husband’s family.

Section 375 defines rape and lists seven notions of consent which, if vitiated, would constitute the offence of rape by a man. However, the provision contains a crucial exemption: “Sexual intercourse or sexual acts by a man with his own wife, the wife not being under fifteen years of age, is not rape.”

This exemption essentially allows a marital right to a husband who can with legal sanction exercise his right to consensual or non-consensual sex with his wife.

Recently, a two-judge Bench of the Delhi High Court delivered a split verdict in a batch of petitions challenging the exception provided to marital rape in the Indian Penal Code (IPC).

This data story aims to highlight NFHS-5 findings about sexual violence against married women in india.