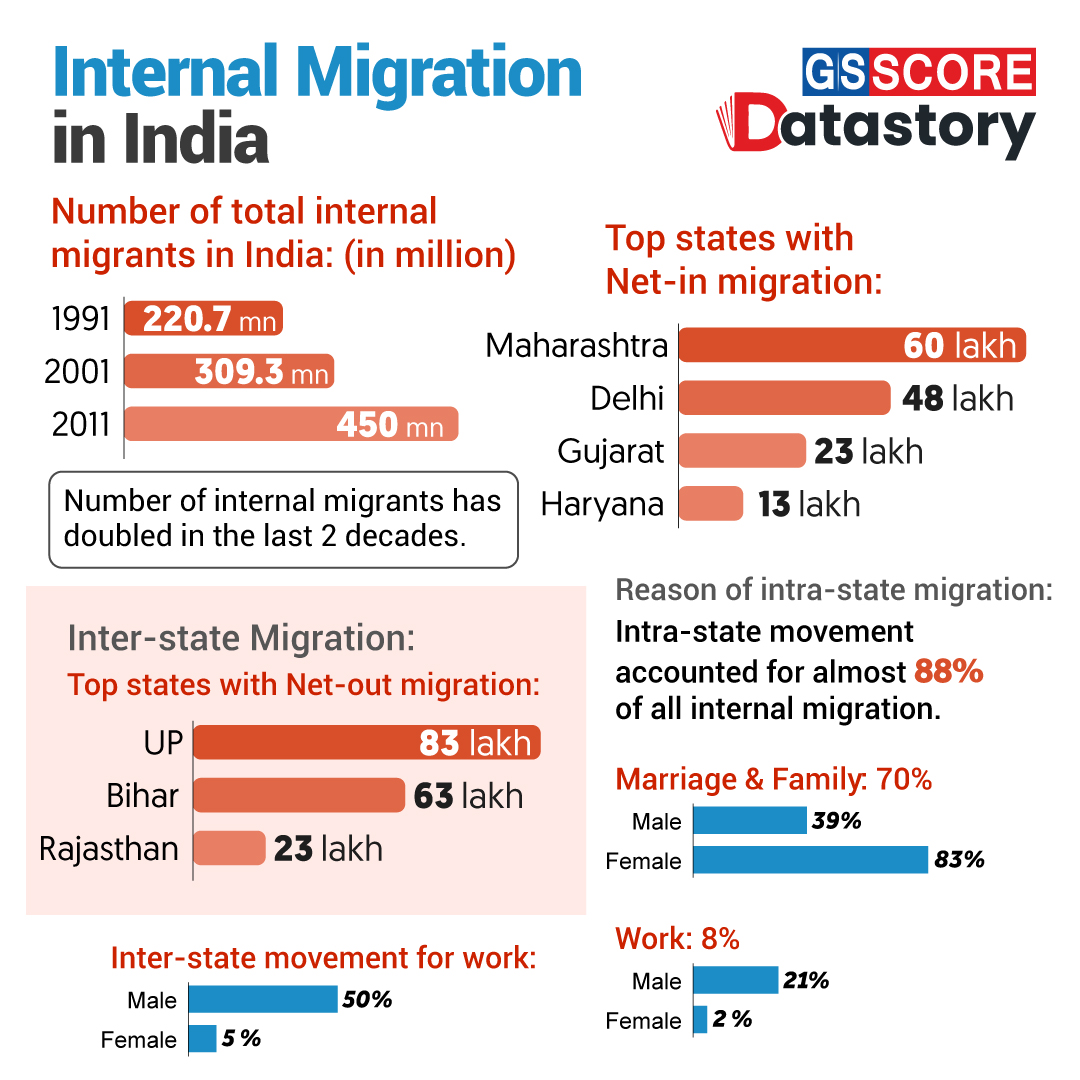 Article 19(1)(e) of the Constitution, guarantees all Indian citizens the right to reside and settle in any part of the territory of India, subject to reasonable restrictions in the interest of the general public or protection of any scheduled tribe.

Internal migration, the movement of people within a country, results in a more efficient allocation of human resources to sectors and regions where they are better utilized. In India, as in most countries, there are generally no restrictions on internal movement.

With the introduction of Aadhar-based benefits, the issue of benefits portability may be addressed.

Guidelines regarding wages and protections (including accommodation, free medical facilities, protective clothing) to be provided by the contractor are also outlined in the law.

This data story aims to highlight the data related to internal migration in India.