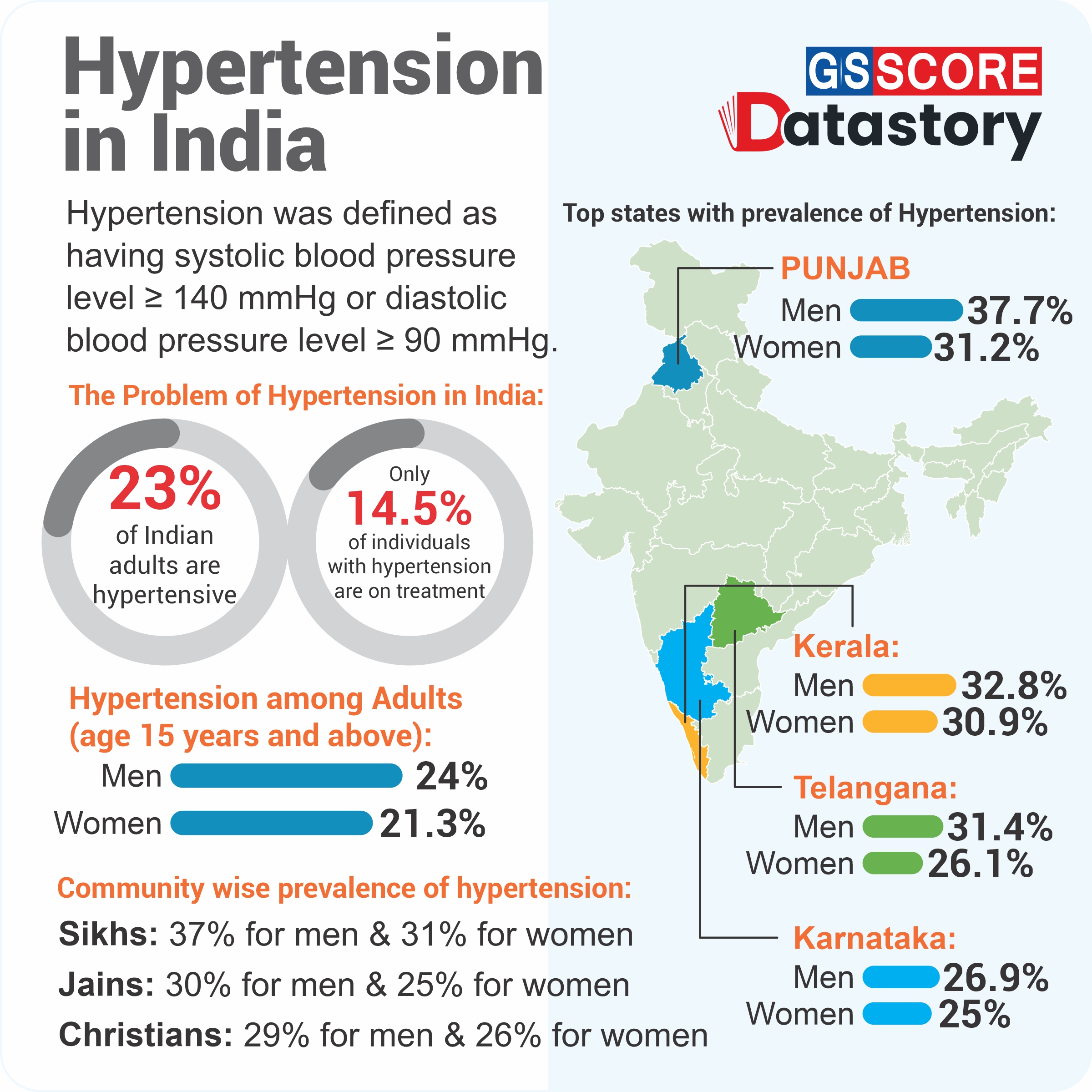 India has committed to a "25 by 25" goal, which aims to reduce premature mortality due to non-communicable diseases (NCDs) by 25% by 2025.  One of the nine voluntary targets includes reducing the prevalence of high blood pressure by 25% by 2025.

The project districts enrolled almost 21 lakh patients across 13,821 health facilities.  In the 26 initial districts, one fifth of the expected patients were enrolled. State wise proportions were Maharashtra (27%), Kerala (22.6%), Madhya Pradesh (18.7%), Telangana (18.6%) and Punjab (14.2%). Managing blood pressure for 2.5 crore individuals can prevent up to five lakh deaths due to cardiovascular disease in the next 10 years.

One in every five Indian women and one out of four men suffer from hypertension but when it comes to treatment, only 7 per cent women and 6 percent men who have been diagnosed with high blood pressure are on medication, the National Family Health Survey 5 (NFHS-5) revealed. The survey also found that 33 per cent of women and 46 percent of men have never got their blood pressures measured.

This was the first time the hypertension survey was done by lowering the cut-off age to 15 years instead of 18. NFHS-5 estimated that 21 per cent of females over 15 years have hypertension as opposed to 24 percent of males in the same age group.

This data story aims to highlight the data related to Hypertension in India, one of the leading causes of death among adults in India.