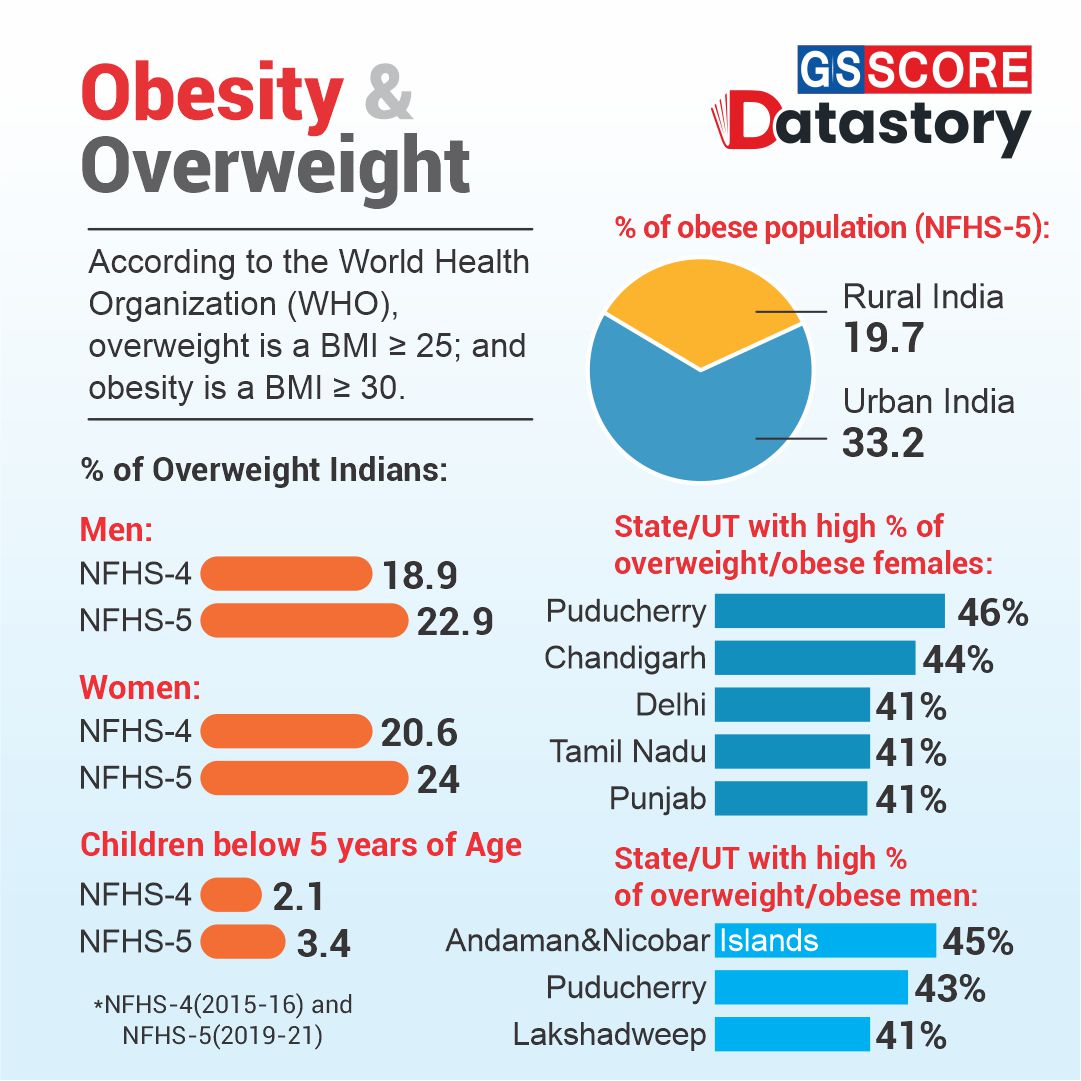 For adults, WHO defines overweight and obesity as follows:

BMI provides the most useful population-level measure of overweight and obesity as it is the same for both sexes and for all ages of adults. However, it should be considered a rough guide because it may not correspond to the same degree of fatness in different individuals. For children, age needs to be considered when defining overweight and obesity.

The fundamental cause of obesity and overweight is an energy imbalance between calories consumed and calories expended. Globally, there has been:

India has recorded a four per cent increase in obesity in both men and women in the last five years, according to the fifth and latest National Family Health Survey (NFHS-5). The percentage of women who are overweight or obese is 24 per cent in NFHS-5, up from 20.6 per cent in NFHS-4 (2015-16). The proportion is greater in urban areas at 33.2 percent, in comparison to 19.7 per cent in rural areas.

The disease prevalence also went up in men to 22.9 per cent (NFHS-5) from 18.9 percent (NFHS-4). The proportion of obese men was also higher in urban areas at 29.8 per cent compared to 19.3 per cent in rural areas. Gujarat and Maharashtra emerged as the best-performing states

This data story aims to highlight the NFHS-5 findings about overweight and obesity.