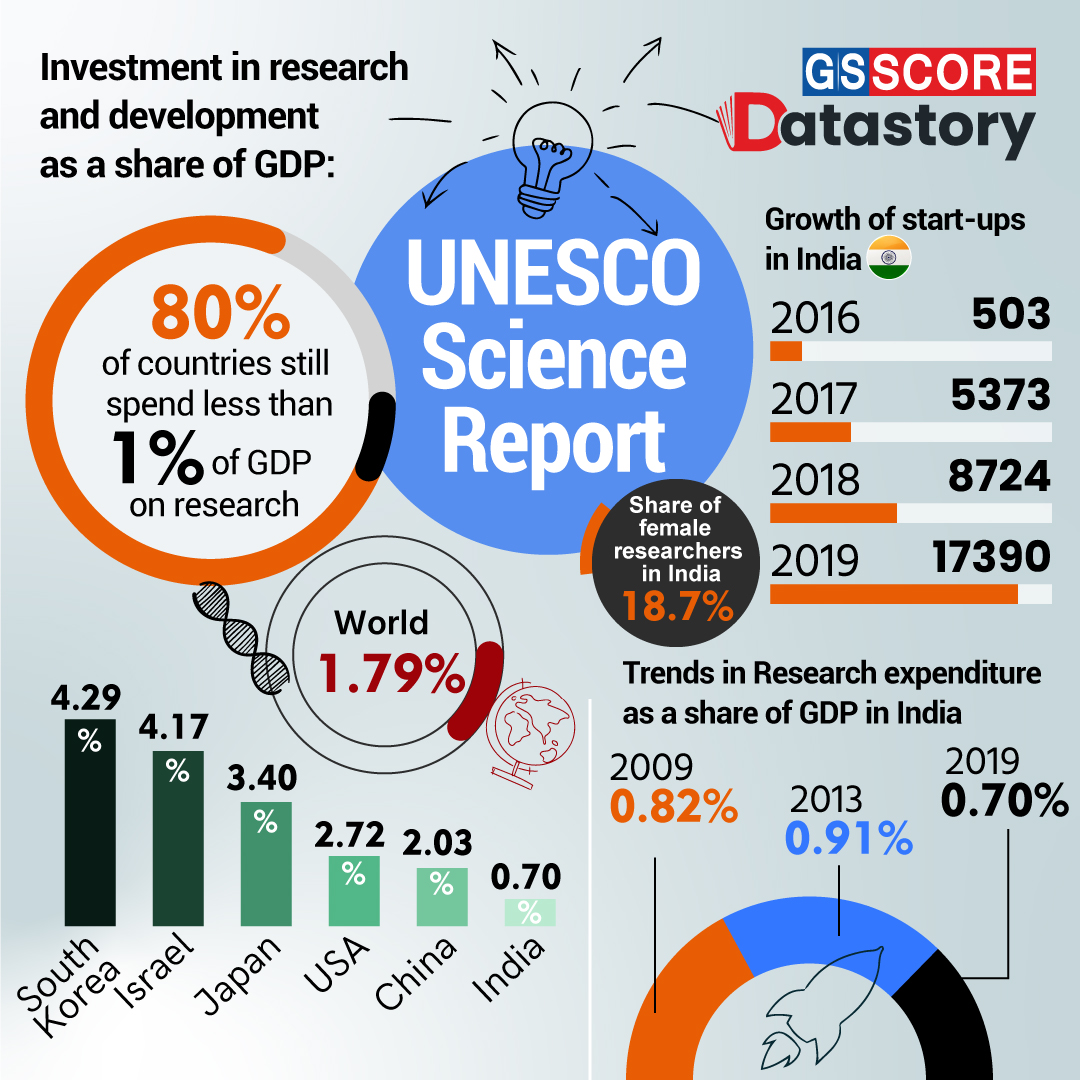 The world is engaged in a race against time to rethink development models by 2030, the deadline for reaching the United Nations' 17 Sustainable Development Goals (SDGs). Although research expenditure rose in most regions between 2014 and 2018 (Figure 1.2), 80% of countries still invest less than 1% of GDP in R&D.

Less than one in four researchers in the business world is a woman and, when women start up their own business, they struggle to access finance. In 2019, just 2% of venture capital was directed towards start-ups founded by women.

Through the establishment of the National Institution for Transforming India (NITI Aayog) in 2015, which serves as a think tank, the government has been attempting to modernize the country; one thrust has been to promote innovation and diffuse modern digital technologies. Another focus has been the diffusion of renewable energy technologies and electric vehicles.

India has one of the fastest-growing telecommunications networks in the world. The government has been making a conscious attempt to extend Internet access to rural areas. The Make in India programme has sought to increase domestic manufacturing of a host of high-tech products, such as cell phones and electric locomotives.

This data story aims to highlight the key findings of UNESCO’s Science Report.