The new strategy underscores a transformative shift in Brussels vis-à-vis India and lays out a road map for strengthening the EU-India partnership.

Issues in Broad-based Trade and Investment Agreement (BTIA):  India EU relations have been defined by the collective failure to complete a free trade agreement.

Other areas of conflict: 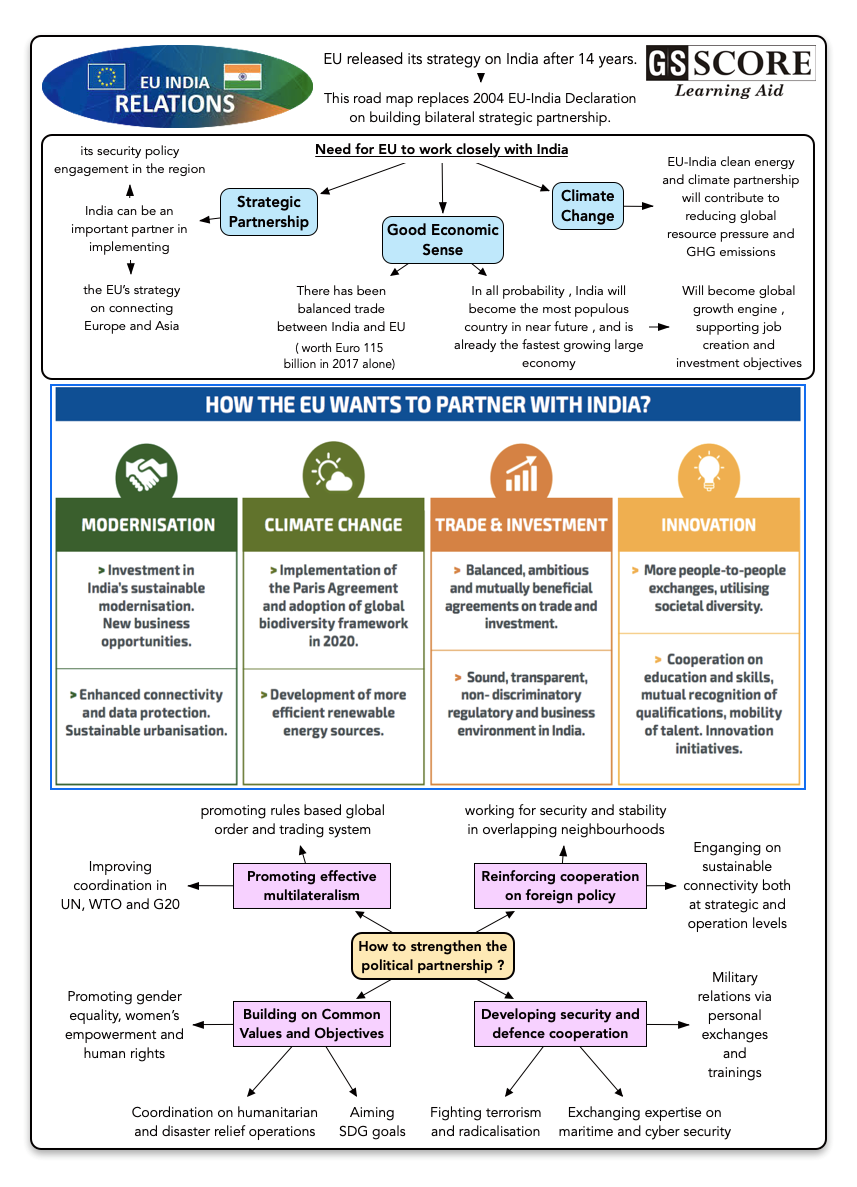