Adoption and related laws in India

The Ministry of Women and Child Development has written to State governments, asking them to immediately implement the revised adoption rules requiring adoption orders to be passed by District Magistrates (DMs) instead of courts with effect from September 1.

However, the latest rules have several aspects questioning the adoption procedure in India and its applicability.

Current laws for Adoption in India

Both laws have separate eligibility criteria for adoptive parents.

What is in the new rule?

Why is there concern over the revised rules?

Why adoption is a challenge? 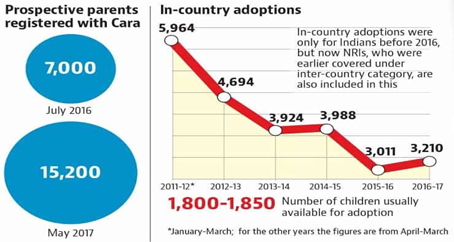 Steps were taken to overcome the issues of Adoption