The recommendations in the Agriculture Export Policy have been organised in two categories – Strategic and Operational – as detailed below:

The Government of India has recently come up with first ever Agriculture Export Policy, 2018. Discuss how the policy will help double the farmer’s income and boost agriculture exports in India. 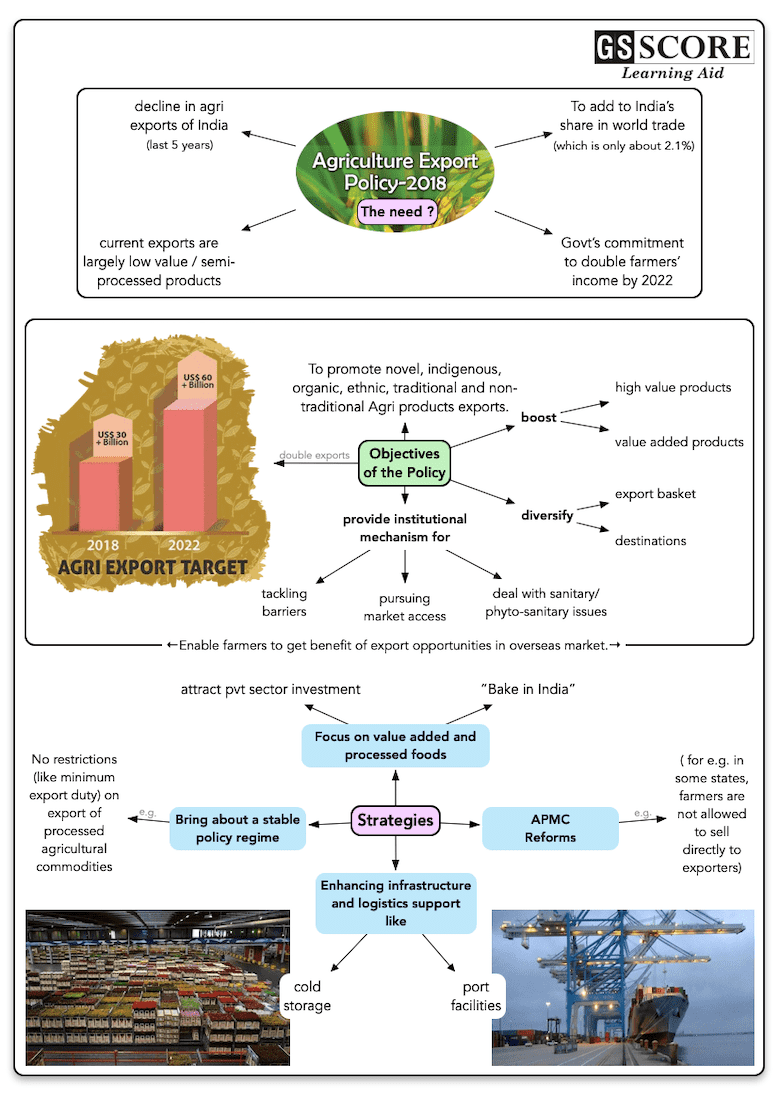