The Baba Kalyani led committee constituted by the Ministry of Commerce and Industry to study the existing SEZ policy of India has recently submitted its report.

The Union Government has set the target of creating 100 million jobs and achieving 25 per cent of GDP from the manufacturing sector by 2022, as a part of its flagship ‘Make in India’ programme. The Government also plans to increase manufacturing value to USD 1.2 trillion by 2025.

While these are ambitious plans to propel India into a growth trajectory, it requires an evaluation of existing policy frameworks to catalyse manufacturing sector growth. At the same time, the policy needs to be compiled with the relevant WTO regulations.

Key objectives of the committee included:

Key Highlights of the report

Advantages/Incentives for setting up a Unit in an Indian SEZ

Reasons for failure of SEZs in India 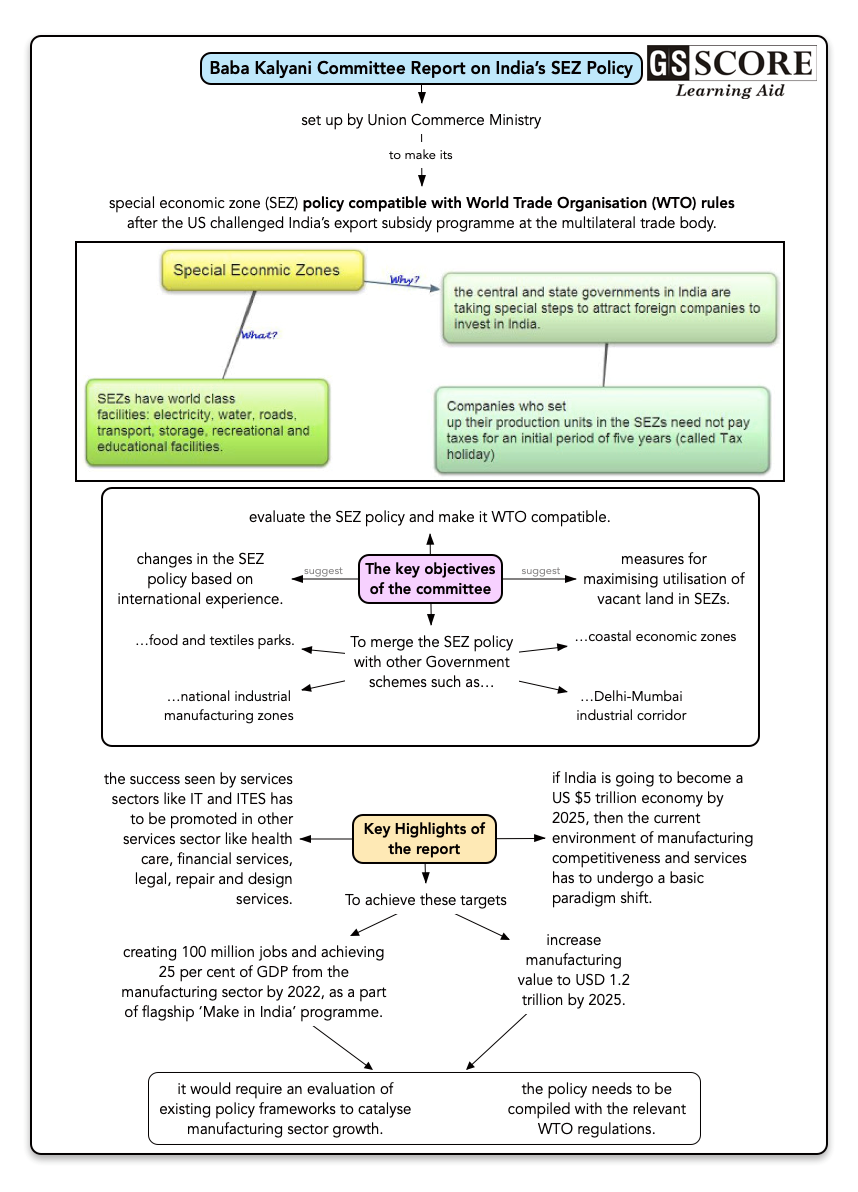