Recently, Prime Minister of Bhutan, Lyonchhen Dr Lotay Tshering was on visit to India. This is his first visit abroad after assuming office, which shows the importance Bhutan attaches to relations with India.

The new Bhutanese Prime Minister had four main agendas during his visit, and these, in order of priority, are:

India and Bhutan enjoy exemplary ties of friendship and cooperation, based on utmost trust, goodwill and mutual understanding at all levels. The upcoming visit of the Prime Minister Dr Lotay Tshering will provide an opportunity to the two sides to review the progress in the multifaceted partnership and to discuss ways and means to expand the enduring ties of friendship and cooperation for the benefit of the citizens of both the countries.

According to World Bank, the economic growth of Bhutan has been hampered because of many factors that will also have impact on India. Analyse the current situations in light of the recent visit of new Bhutanese PM to India. 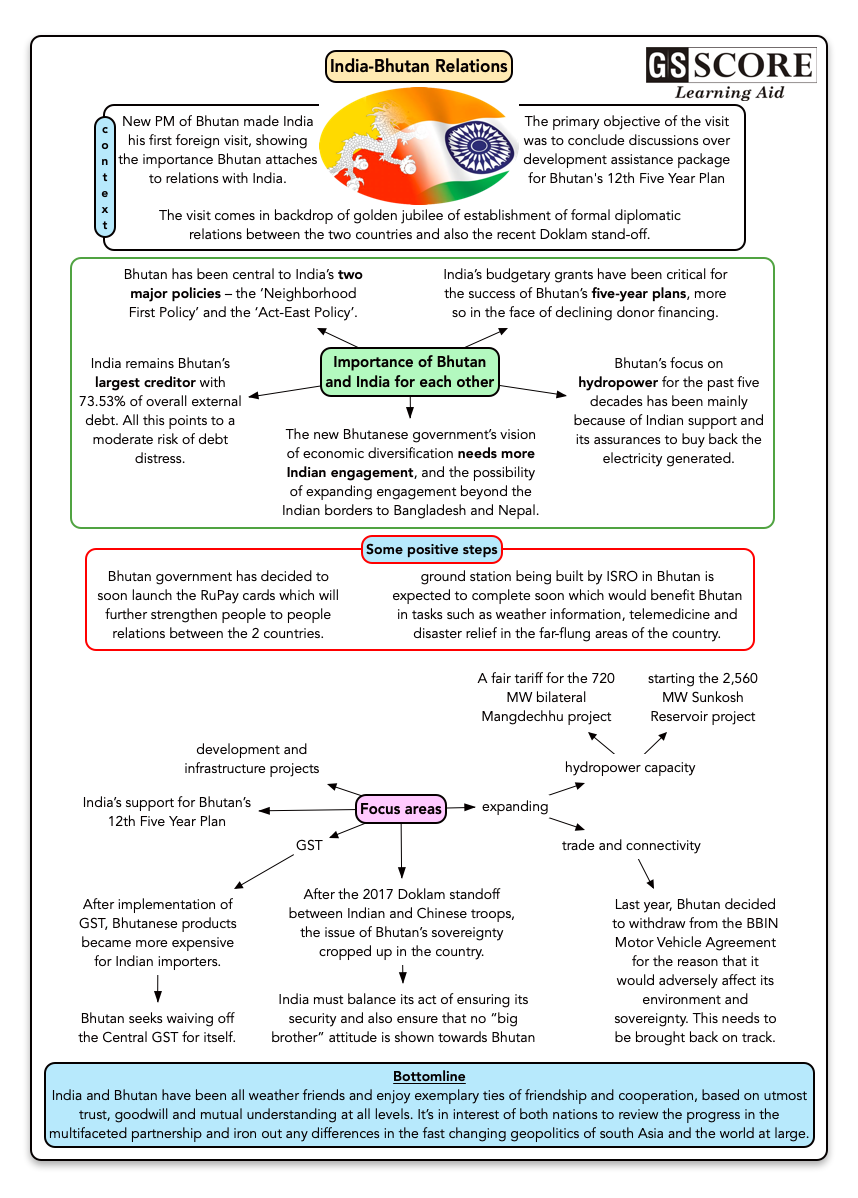