26 November is celebrated as ‘National Milk day’ to commemorate the birth anniversary of Dr Verghese Kurien, 'Father of the White Revolution' in India

Government steps to boosting the dairy sector in India:

In India, dairying is recognized as an instrument for social and economic development. The nation's milk supply comes from millions of small producers, dispersed throughout the rural areas. It becomes essential to secure the farmer and producer incomes to fulfill the aim of ‘doubling farmers income by 2022’. Moreover, the market demand of milk and milk products is ever increasing which should be met with increased productivity using modern methods. The successful Indian dairy development programme Operation Flood has shown how food aid can be used as an investment in building the type of institutional infrastructure that can bring about national dairy development. Thus, a time has come to launch Operation flood 2.0 with a special emphasis on ensuring milk quality and making justified paybacks to the producers.

India has emerged as the largest producer of milk in the world but still it is grappling with some concerns. Identify the challenges facing dairy sector and steps taken by government in this direction. Also suggest measures to improve the dairy industry prospects in India. 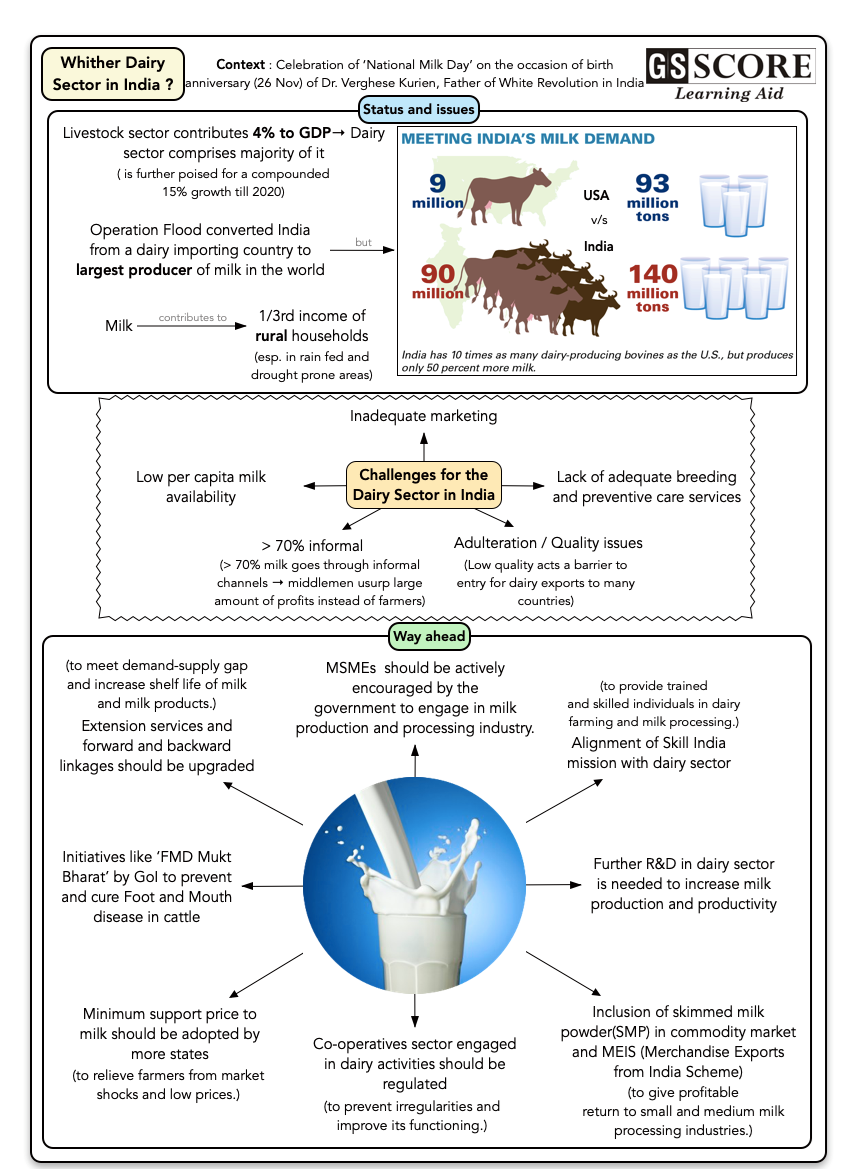