The Ministry of Women and Child Development has recently placed the draft National Policy on Child Protection. The protection of children until now is a part of the broader National Child Policy, 2013. 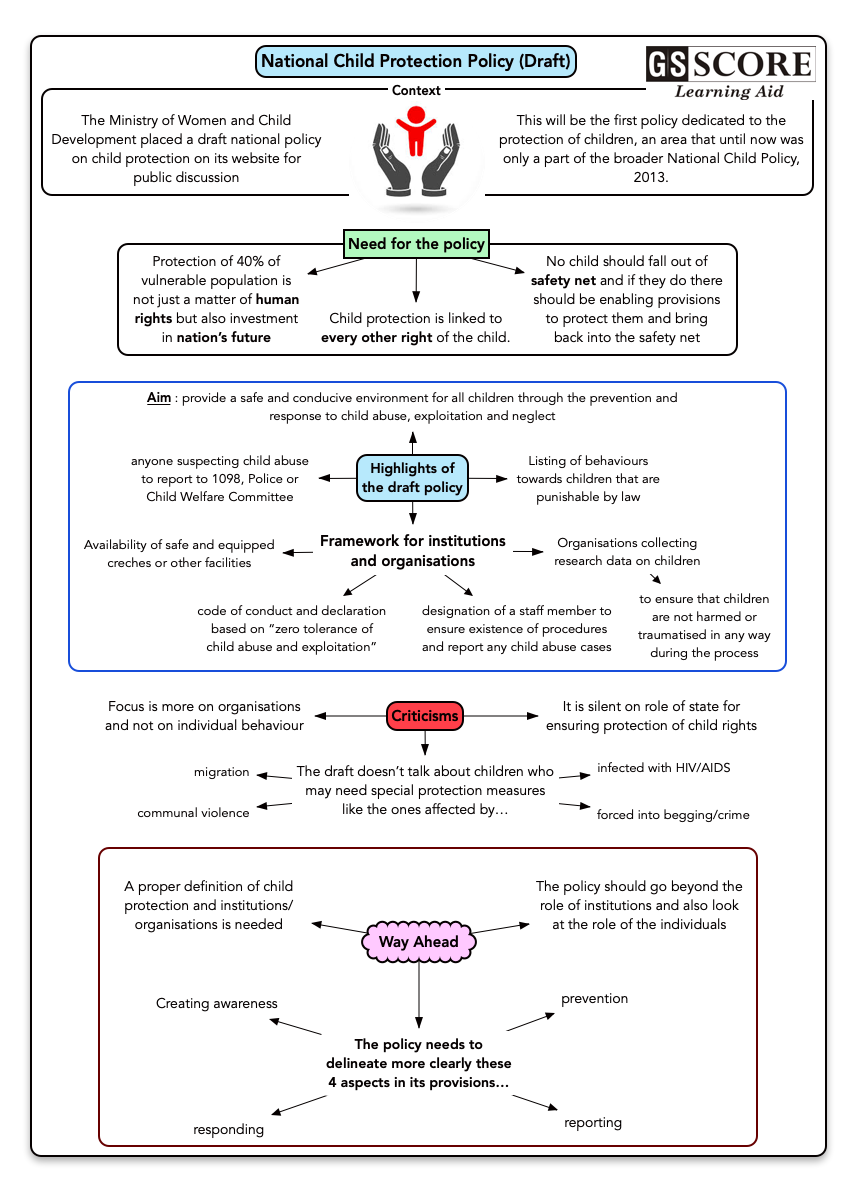