At least 16 MLAs of ruling party of Karnataka Assembly had recently tendered their resignations, and with the two independents’ support also withdrawn, the HD Kumaraswamy-led government is in a state of quandary.

The Anti Defection Law and Its purpose

Aaya Ram Gaya Ram was a phrase that became popular in Indian politics after a Haryana MLA Gaya Lal changed his party thrice within the same day in 1967.  After such incidents, a need was felt to prevent such political defections which may be due to reward of office or other similar considerations.

The Anti-Defection Law was passed in 1985 through the 52nd Amendment to the Constitution, which added the Tenth Schedule to the Indian Constitution. The main intent of the law was to combat “the evil of political defections”.

Anti-Defection provisions under the Tenth Schedule

b. If an independent candidate joins a political party after the election.

c. If a nominated member joins a party six months after he becomes a member of the legislature.

Whip and its Role

Main Issue(s) with the Law

The court made it clear that it was only in matters pertaining to confidence motion/ no confidence motion and matters integral to party's policy based on which it enjoys support of the electorate, that a legislator is bound by direction issued by the party.

According to Supreme Court in G.Vishwanathan v. Honourable Speaker, Tamil Nadu Legislative Assembly, once a member is expelled, he is treated as an ‘unattached’ member in the house. However, he continues to be a member of the old party as per the Tenth Schedule. So if he joins a new party after being expelled, he can be said to have voluntarily given up membership of his old party.

The law certainly has been able to curb the evil of defection to a great extent. Political instability caused by frequent and unholy change of allegiance on the part of the legislators of our country has been contained to a very great extent. But, of late, a very alarming trend of legislators defecting in groups to another party in search of greener pastures is visible. The recent examples of defection in state Assemblies and even in Rajya Sabha bear this out. It is time for the Parliament to take into consider the important suggestions recommended by various committees and the Honourable Supreme Court and plug the loopholes in the law. 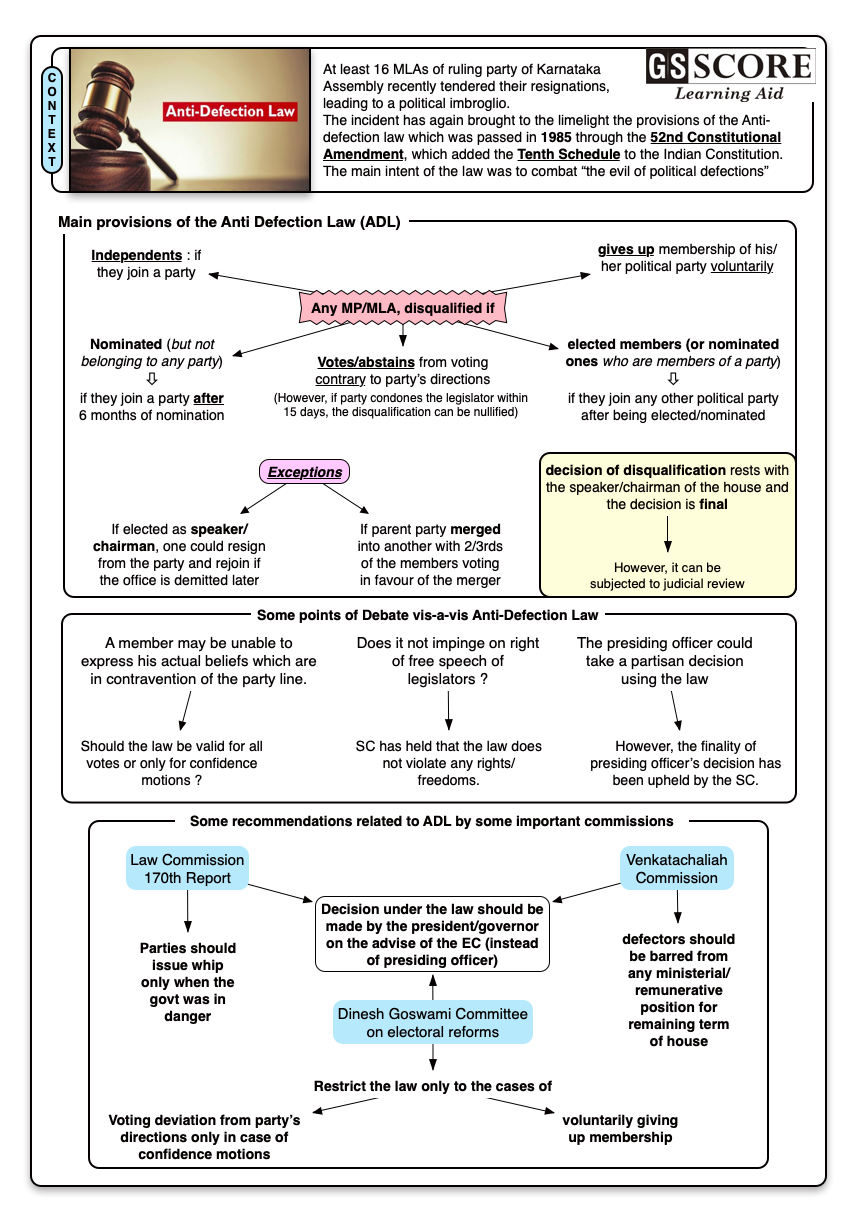