What is Blue Economy?

Significance of Blue Economy for India

The 2030 Agenda for Sustainable Development gives prominence to the Blue Economy’s contribution towards the achievement of sustainable development. The ‘2030 Agenda’ envisions a present and a future that is economically sustainable, socially inclusive and environmentally resilient.

However, realizing these sustainable goals is only possible if all nations work together as a global community.

Blue economy is crucial for India’s economic development. What do you understand by Blue Economy? Discuss its significance. 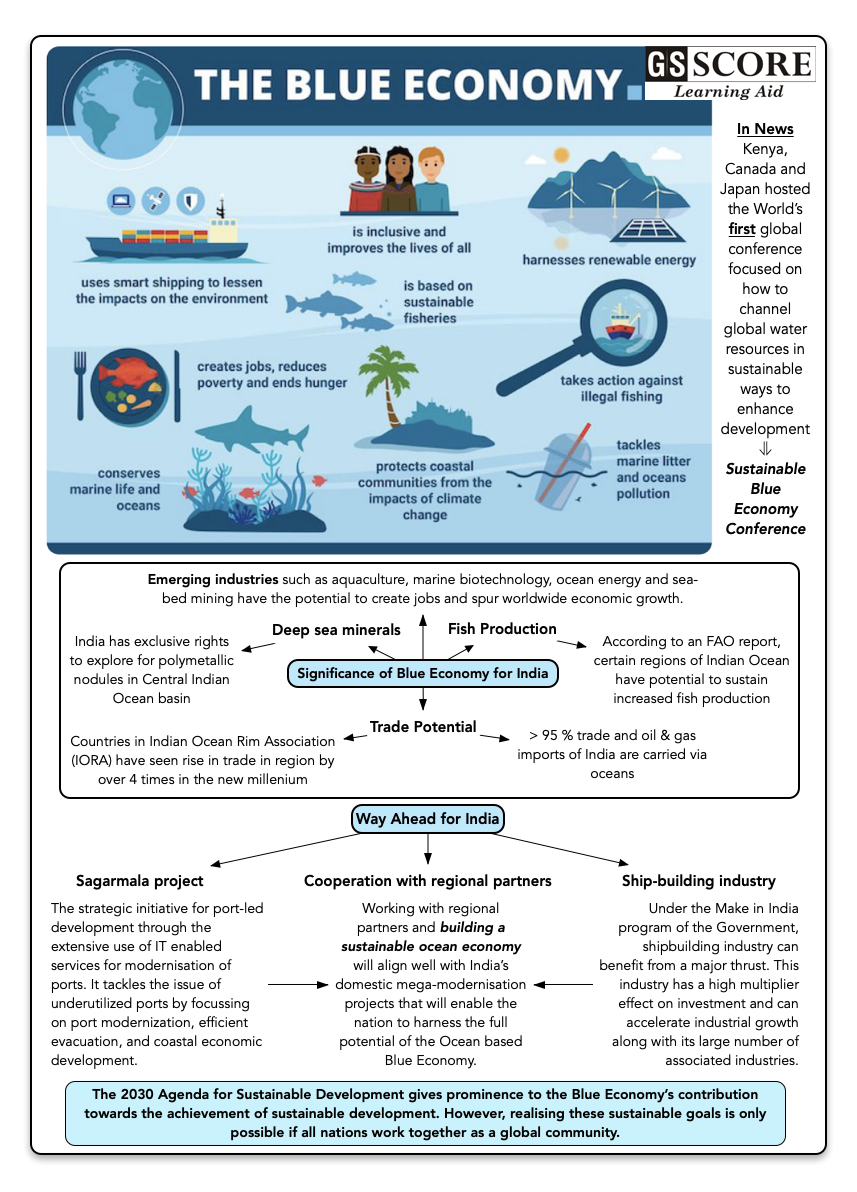