Other commitments to override malnutrition:

The report projects way out, an actionable plan, which can be implemented. If India has to capitalize on its “demographic dividend” and “Window of Opportunity” then it must act faster in an integrated way. It has to collaborate schemes such as POSHAN, Swachh Bharat Abhiyan, Mission IndraDhanush and targeted food subsidy programme within the orientation of “outcome” budgeting. 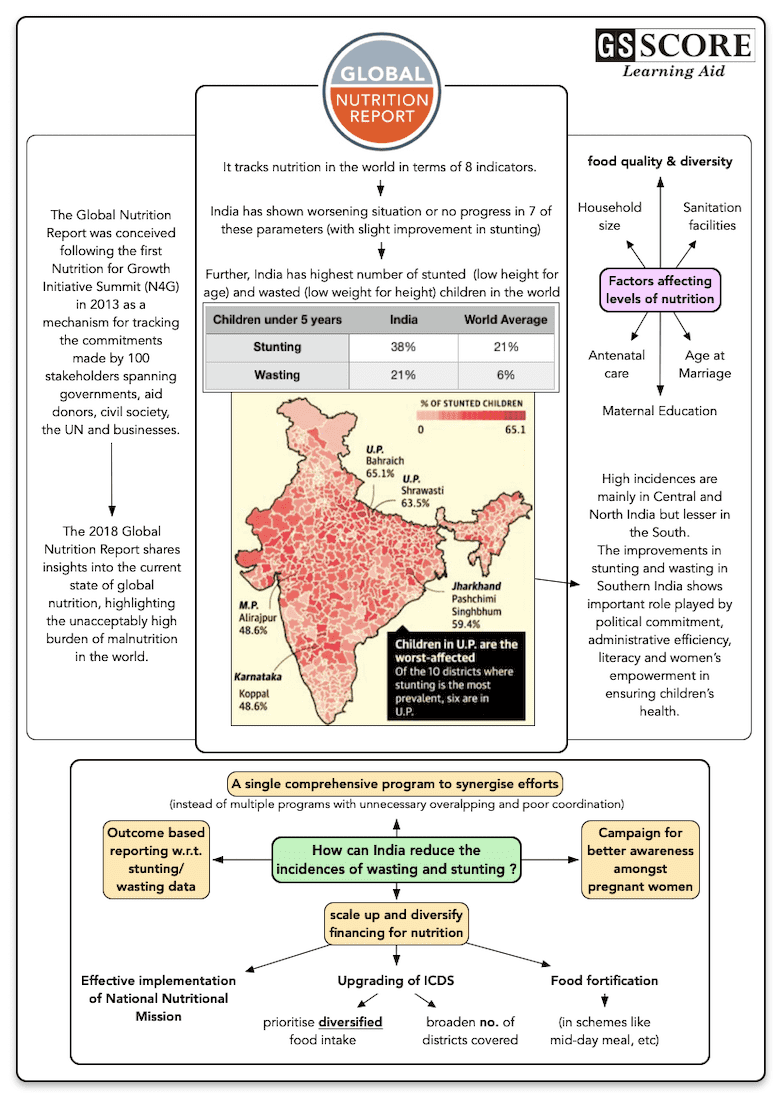