How Tropical Cyclones are named?

Difference between Hurricanes, Cyclones and Typhoons

Hurricanes, cyclones and typhoons are all tropical storms. They are all the same thing but are given different names depending on where they appear. When they reach populated areas they usually bring very strong wind and rain which can cause a lot of damage.

How cyclones are named?

Advantages of naming a Tropical Cyclone

A brief synopsis of the naming process of Tropical Cyclones 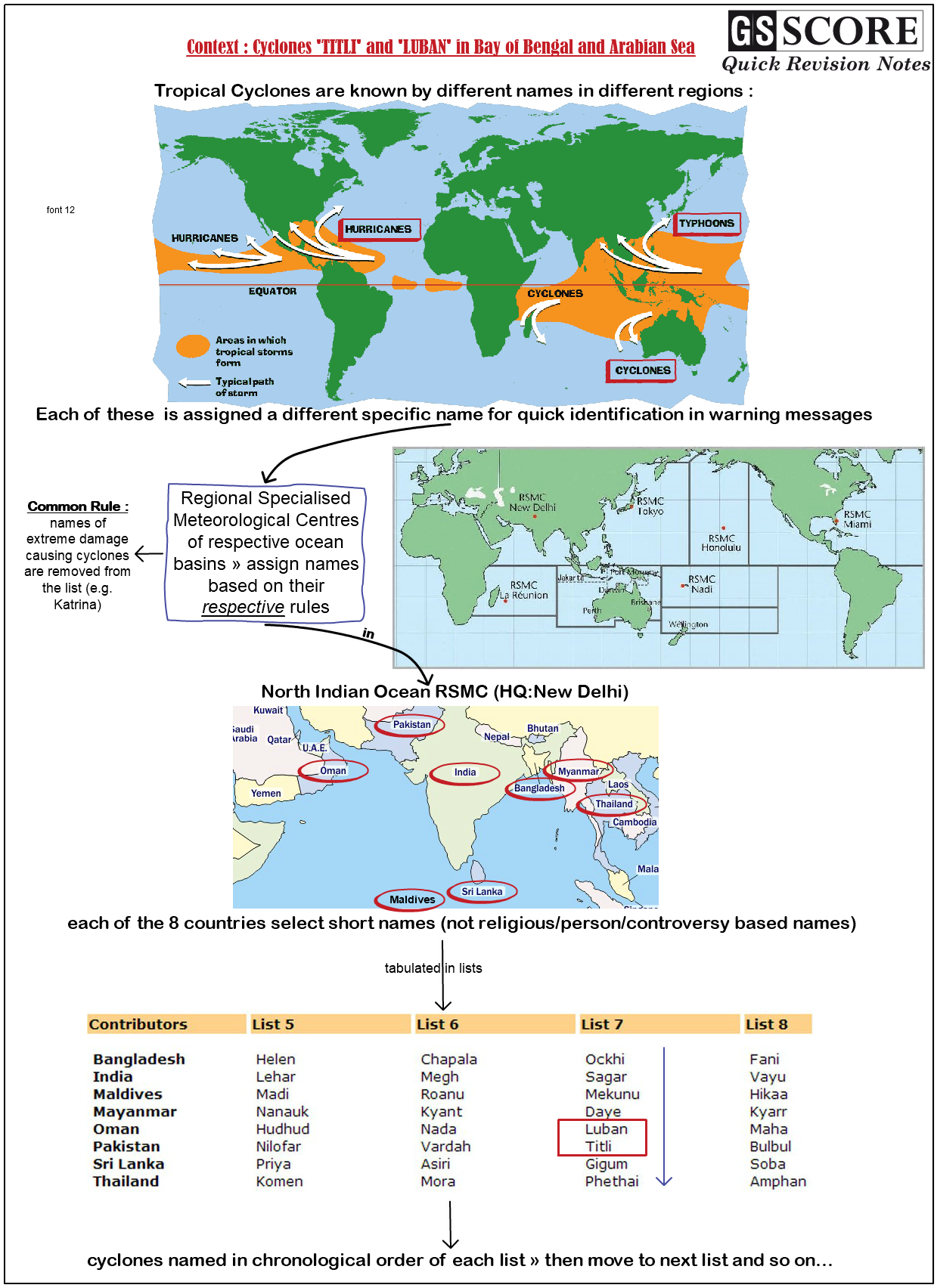 Q.Why is it necessary to name a tropical cyclone the way they are named around the world? Discuss.