Reforms for reinforcing independence of CBI:

To ensure that the CBI is a robust, independent and credible investigation agency, there is an urgent need to work out a much more transparent mechanism to oversee the appointments and functioning of CBI. Without a strong political will, the CBI cannot be freed from the government’s control and maintain the independence of CBI. It is a matter of common experience that every time there is a sensational case, the popular demand is for a CBI investigation, thus for remaining  a first-class investigating agency and for reviving public trust, independence of CBI is strongly desired. Then only can we have a CBI characterized by “Industry, Impartiality, Integrity". 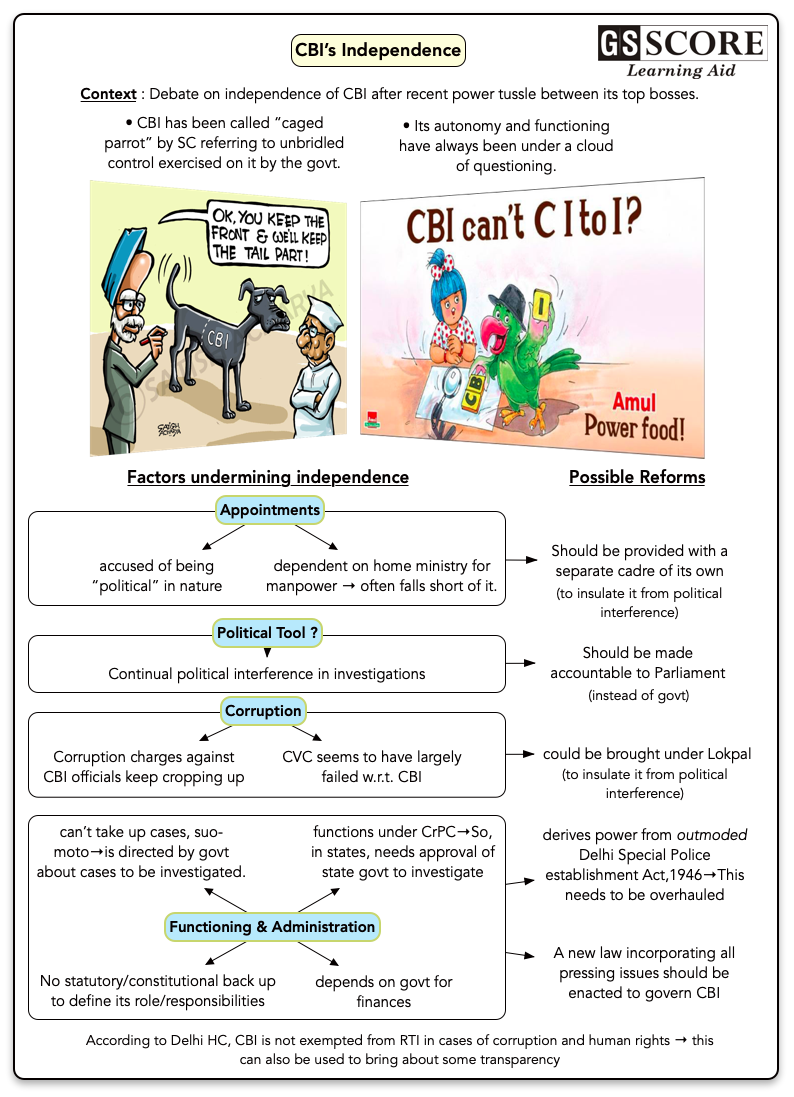 The recent controversy surrounding a feud between the director and special director within the CBI exposes the flaws in the governance structure of apex investigating agency. Discuss the factors undermining the independence of the CBI and make suggestions to revamp the organisation.