India and World War- I

November 11 is the centenary of Armistice Day– a memorial day observed in Commonwealth of Nations member states since the end of the war.

Role of India in World War 1:

Impact of World War 1 on India:

India’s expectation in return of their contribution:

When the world commemorated the 50th anniversary of the First World War in 1964, there was scarcely a mention of India’s soldiers anywhere, least of all in India. The general feeling was that India, then freshly freed from the imperial yoke, was ashamed of its soldiers’ participation in a colonial war and saw nothing to celebrate.

The British, however, went ahead and commemorated the war by constructing the triumphal arch known as India Gate in New Delhi. Built in 1931, India Gate is a popular monument that commemorates the Indian soldiers who lost their lives fighting in the war.

Approximately 1.3 million Indian soldiers served in World War One, and over 74,000 of them lost their lives. But history has mostly forgotten these sacrifices, which were rewarded with broken promises of Indian independence from the British government. Critically analyse the statement in the light of centenary celebration of end of First World War. 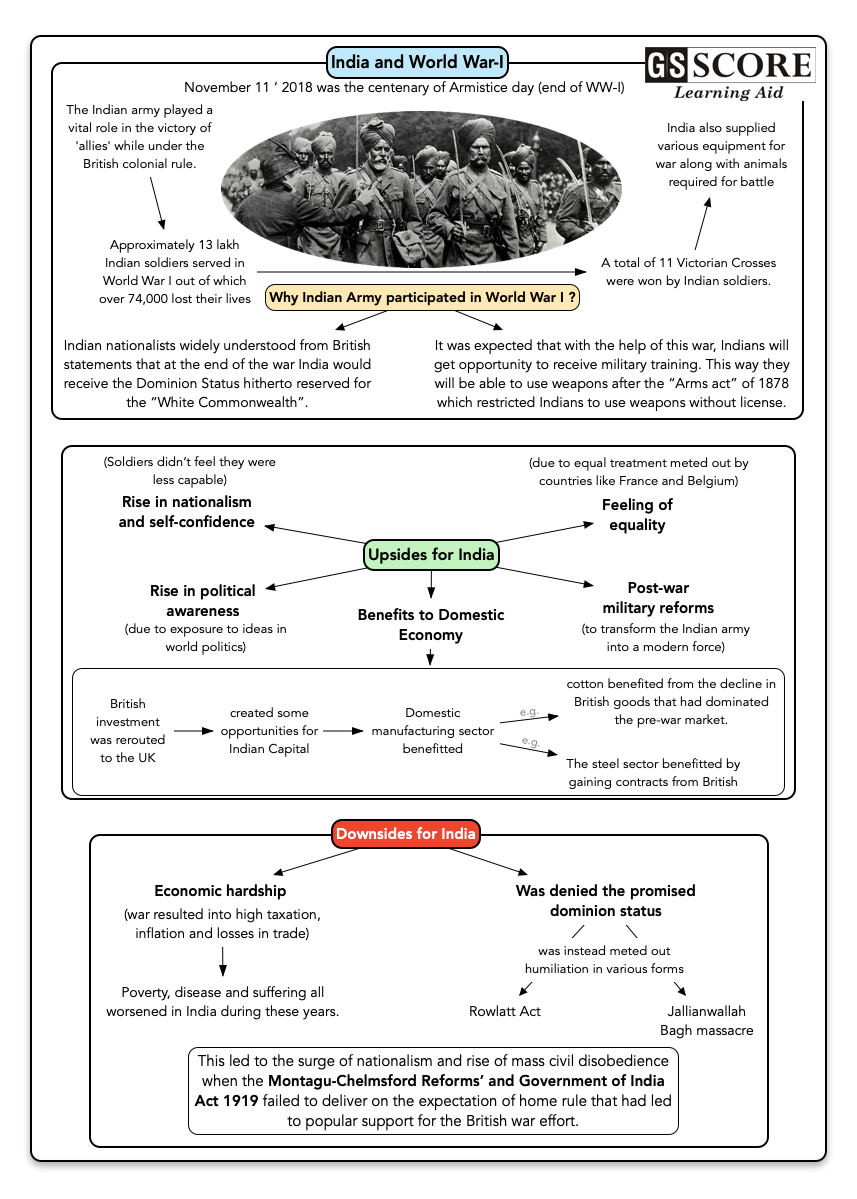