Defence Minister Rajnath Singh is slated to visit Australia in November as India and Australia are emerging as close strategic partners in the Indo-Pacific.

Defence Minister Rajnath Singh is slated to visit Australia in November as India and Australia are emerging as close strategic partners in the Indo-Pacific.

Need for Strengthening Relations with Australia

Emerging China: The Indo-Pacific region is facing a range of traditional security challenges that relate to issues of trust in the form of China which has emerged as a regional power and has little faith in rule based order.

Security Challenges: There are also a growing number of non-traditional and trans-boundary security challenges, including terrorism, natural disasters and pandemics.

Trade Deficit: India faces unfavorable trade with Australia and despite opening talks for a comprehensive economic cooperation agreement in 2011, the agreement which would have significantly lowered the trade balance in favour of India, has remained elusive.

Violence against Indian Diaspora in Australia has become a new irritant in the relation as crimes against Indians have increased.

There has been a drastic change in Indian foreign affairs towards viewing Australia from the periphery to the center of its vision. In the light of this statement explain the developments in India-Australia relations emerging as strategic partners in Indo-Pacific region? 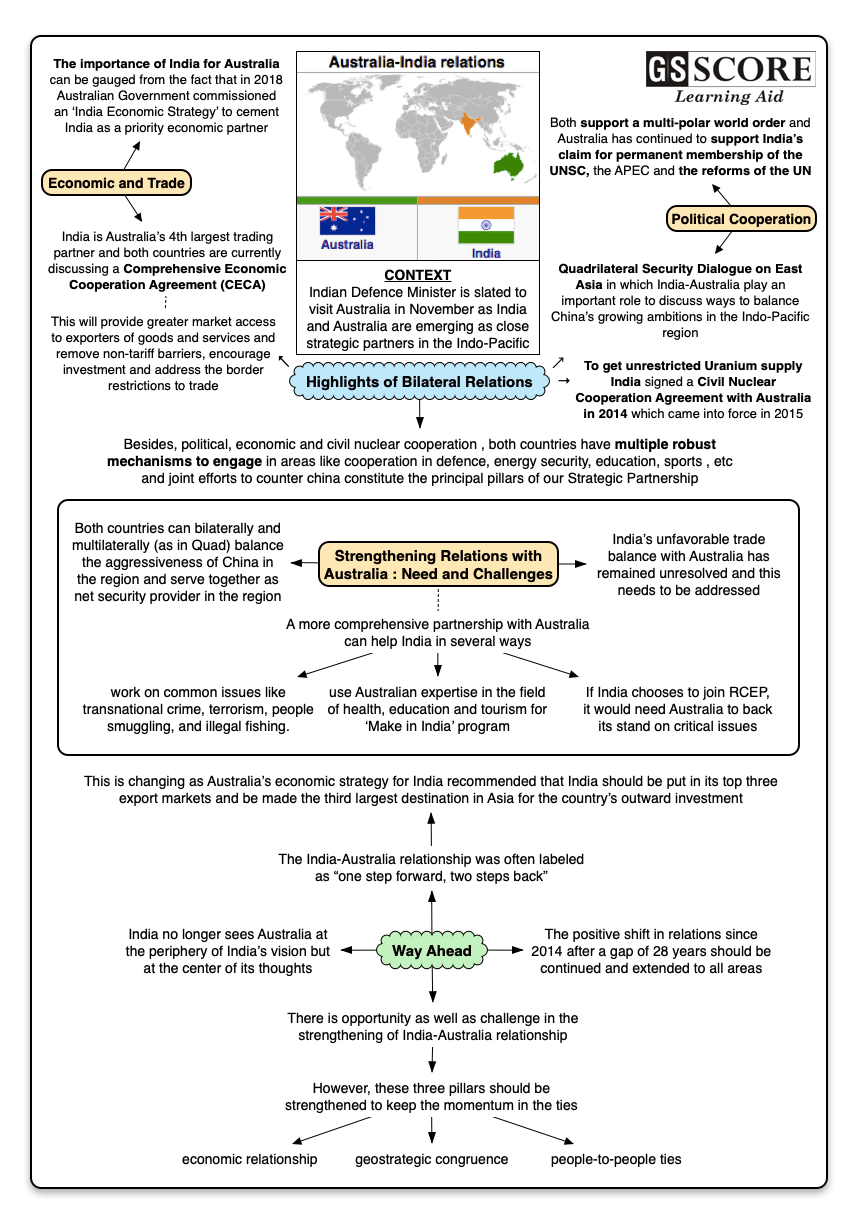