Need for an underground facility

One of the earliest laboratories created to detect neutrinos underground was located more than 2000 m deep at the Kolar Gold Field (KGF) mines in India. The first atmospheric neutrinos were detected at this laboratory in 1965.

There are now four major laboratories around the world:  Sudbury in Canada; Kamioka in Japan; under the Gran Sasso mountains in Italy and in Soudan mines in the USA.

The project has been mired in all kinds of trouble— litigation, public protests, opposition from NGOs and political parties, besides government apathy.

While apprehensions about projects like INO are understandable, they also illustrate the fact that communication between the scientific community and citizens needs to be more informed and democratic. At a time when India is battling a brain drain epidemic, doing this could give its scientific community a much-needed boost while making science accessible to the larger public. INO will also be a catalyst for improvement in academics and living standards of the citizens.

The India-based Neutrino Observatory (INO) promises to be the biggest research facility in India. What are the challenges before the project? Discuss its significance for India. 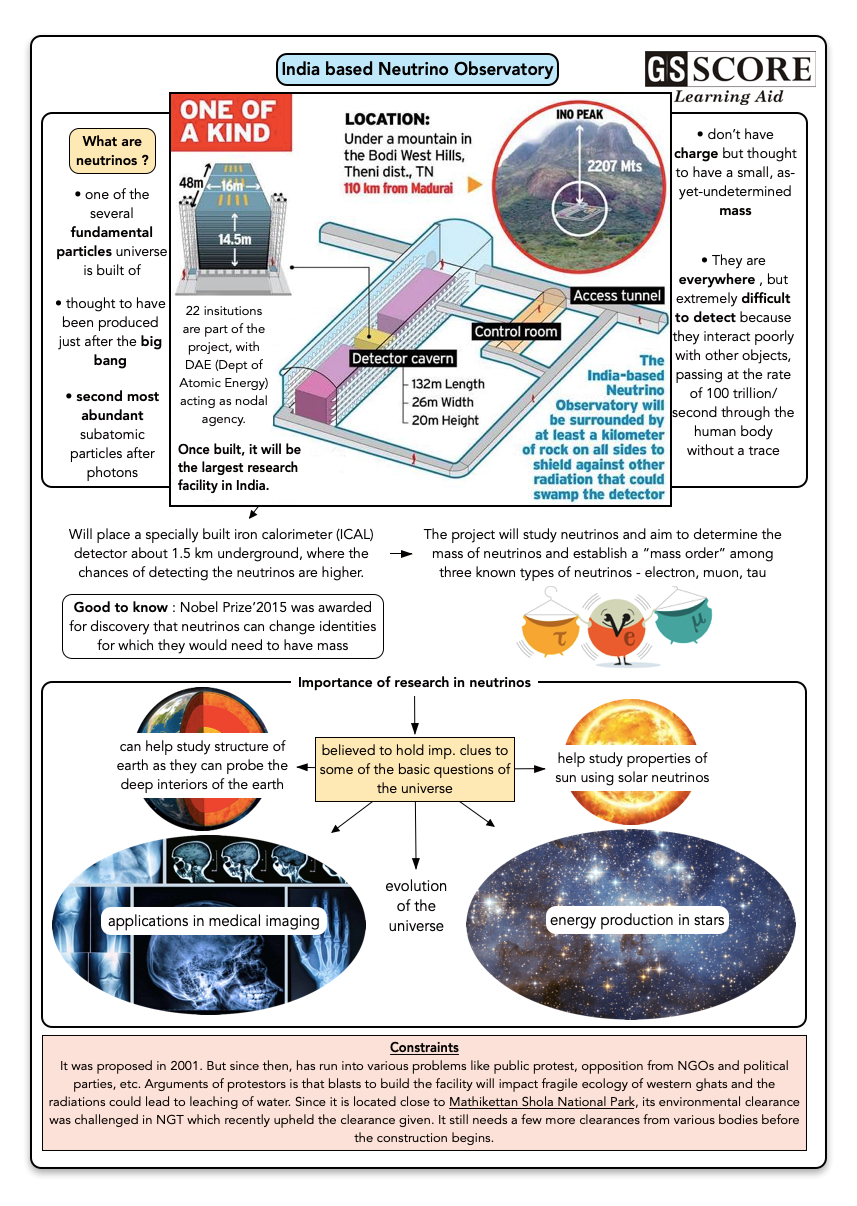