India-China Relations: India China relations are primarily defined by trust deficit between them. Relations have gone through a tumultuous phase in the last few years.  There have been a series of disputes between the two countries, including China’s fervent opposition to India’s potential membership in the Nuclear Suppliers Group (NSG); Beijing’s shielding of Pakistan and blocking Indian efforts within the UN to designate the Pakistan-based terrorist, Masood Azhar, head of Jaish-e-Mohammed (JeM), as a global terrorist; the Doklam crisis that went on for more than two months last summer; and India’s open opposition to China’s Belt and Road Initiative (BRI).

Wuhan reset: Prime Minister Narendra Modi and Chinese President Xi Jinping held an informal summit in Wuhan, China, in April this year which helped repair bilateral ties. The Wuhan summit has set the tone of the Sino-Indian relations in the current period. It is aimed at getting the two countries to manage the difficult areas of their relationship and find areas of convergence, and also promote better coordination between them. The summit also sends an important signal globally, that the two countries are quite capable of handling their differences through dialogue and discussion.

Significance of the pact:

Significantly, there is no record of India having ever signed an ‘Internal Security’ Cooperation Agreement with any country, albeit India has signed Social Security Agreement (SSA) with 18 countries. Such agreements are good on paper but the behavioral pattern of the Chinese of outright denial or cooking up stories about prisoners must be taken into account.

However, realization of the current the pact may lead to the signing of a Mutual Legal Assistance Treaty in future.

How current reset is different from the past?

Similar to the current attempt, in the past too, efforts have been made to re-launch troubled India-China relations. Then Prime Minister Rajiv Gandhi’s made a groundbreaking visit to Beijing in 1988. The summit proved a turning point which paved the way for a massive improvement in Sino-Indian relations in the 1990s and the early 2000s.

While the Wuhan summit opens the door for improvement in relations, it is not a 1988-style reset. There are few fundamental differences between 1988 and 2018.

In sum, it is too early to credit the Wuhan meeting as a reset of 1988; however, it signifies a booster to relationship between China. Even though both sides continue to try to stabilize relations, complications are expected to continue. Current agreement is an important step in the right direction, and the first on a long road. 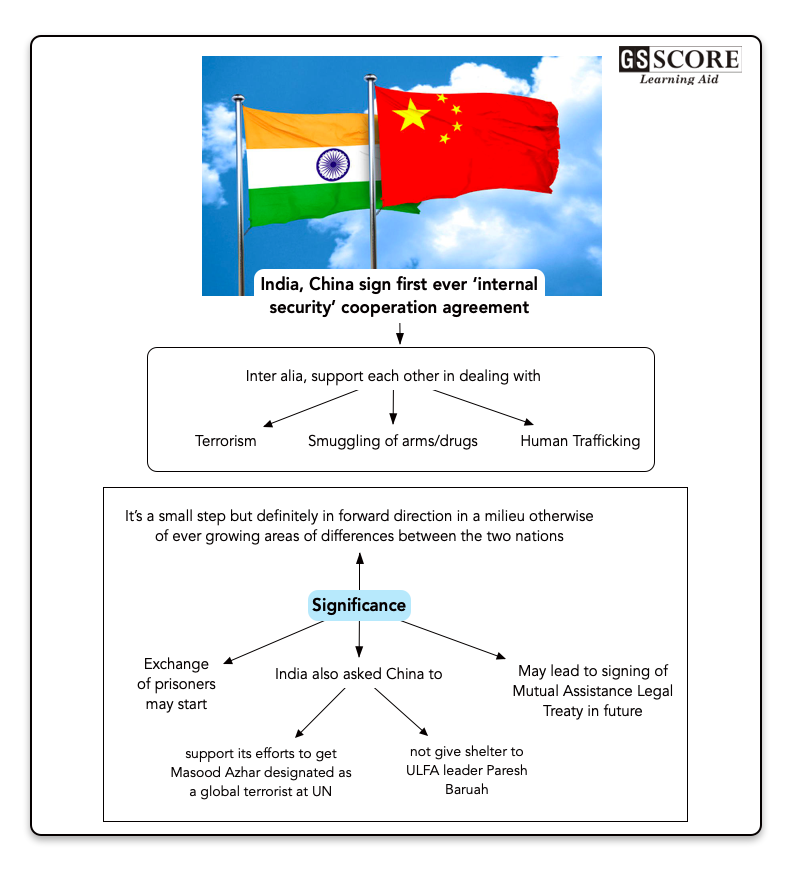 The relationship between India and China is much more complex and difficult to manage today than in the past. Do you agree? What areas of convergence need to be explored between them for better relations?