Post 1998 nuclear test, in 2003, India came up with a comprehensive nuclear doctrine to clear doubts and misunderstandings prevailing around the world regarding India’s nuclear policy.

The features of India's Nuclear Doctrine are as follows:

As a responsible nation, India has put in place a robust nuclear command and control structure, effective safety assurance architecture and strict political control, under its Nuclear Command Authority. It remains committed to the doctrine of Credible Minimum Deterrence and No First Use.

This is not to suggest that India’s nuclear doctrine cannot be changed. It should be periodically reviewed and updated, possibly every decade or so, taking into account technological developments and changes in the security environment. The completion of the deterrence patrol by INS Arihant is a big jump in India's defence capability.

India has recently announced successful completion of its nuclear triad capability. What is meant by a nuclear triad nation? Examine its strategic importanc. 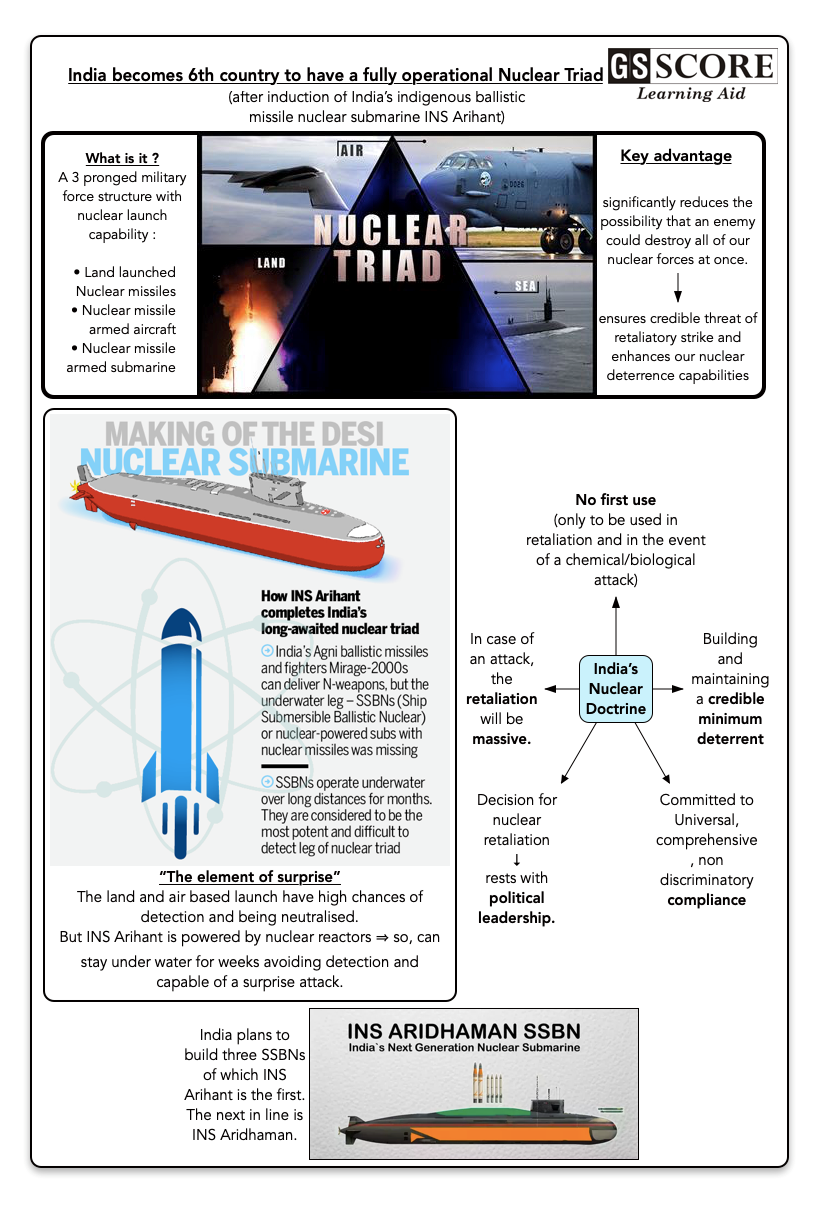