The Kingdom remains a vital source of energy for India, which imports almost a fifth of its crude oil requirement from Saudi Arabia.

What is the precise nature of the India-Saudi Arabia relationship?

Is the equation that simple as it seems?

Saudi-India ties have mostly revolved around energy diplomacy. How far do you agree that India-Saudi can move past this uni-dimensional relation and create a multi-dimensional convergence zone? Discuss while listing out potential contentious zone faced in this path. 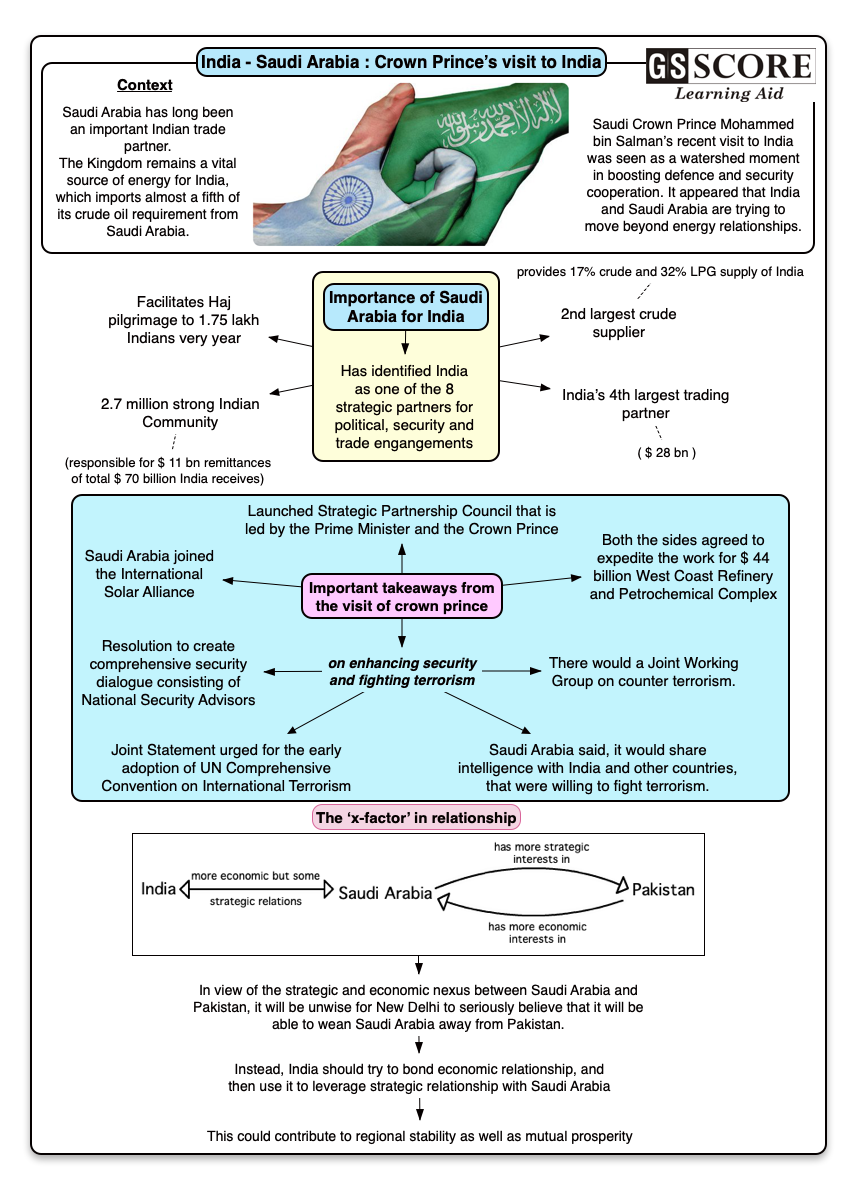