India Skills report 2019 is released which highlights trends in employment and the outlook of hiring landscape in India while understanding the needs of the job seeker and organizations.

In India and other developing nations, youth unemployment and skills gaps are threatening the growth of economies, the stability of societies and the wellbeing and prospects of individuals. Despite improvements in average educational attainment, the youth unemployment situation is common to all nations in the world. Governments and employers all around are working to improve the employability of workers, move young people into productive and decent work, and increase the productivity of enterprises through better quality and relevant training.

Key findings of the report

Government steps in the direction of skilling India:

India’ s demographic dividend provides a great opportunity with regard to economic growth and national development. Solid and co-ordinated efforts by industry and government should be fostered to develop and strengthen youth aspirations. At a time when growing presence of automation and artificial intelligence is already looming over the labour market, students, trainees and workers should be realigned with evolving technology and latest developments. International best practices should be adopted by the government and industry alike from successful players like South Korea and Japan. Moreover, the skill development ecosystem and educational institutions must be restructured for India to realize the opportunity. The success of India’s ambitious programmes for leaping to higher economic advancement levels like Make in India, Digital India and broader goal of inclusive development depend on successfully skilling and training the individuals.

The recently released ‘India Skills Report 2019’ shows stark realities of skills and employment scenario in India. In this context, enumerate the reasons behind India’s lagging performance in skilling the youth and suggest measures to overcome it. 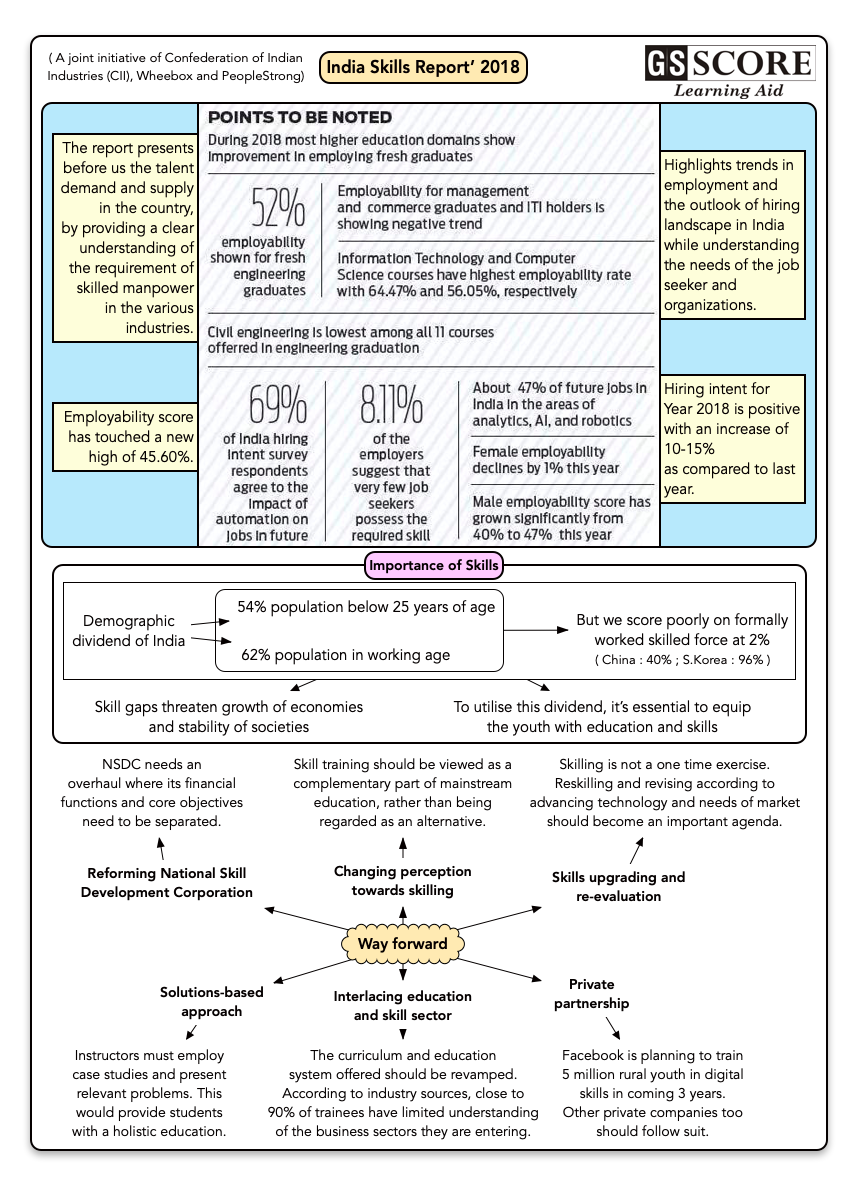