India’s Union Minister for Science and Technology and Earth Sciences Dr. Jitendra Singh held a bilateral meeting with the Minister for Climate and Environment of Norway MrEspen Barth Eide on the side-lines of the UN Ocean Conference in Lisbon, Portugal and discussed several issues of mutual interest.

Key highlights of the recent meeting:

Since Tajikistan’s independence in 1991, India has played the role of a development and aid partner for Tajikistan.

India and Tajikistan share strong historical, cultural and linguistic ties. There is great liking for Indian culture and films and films and TV serials dubbed in Russian language are routinely shown on local TV channels.

How India’s interaction is increasing with Central Asia?

Central Asia is home to the world’s biggest untapped resources of oil, gas and minerals. It is also a key gateway for connectivity with Russia, the Middle East and Europe. India’s relations with CA countries have acquired a strategic dimension. 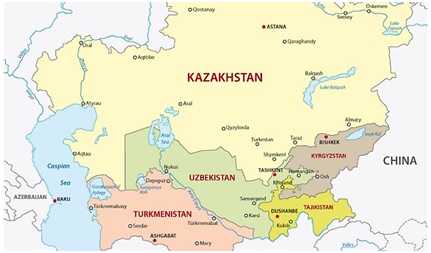 It will be in India’s interest to augment its linkages with these countries to reduce their dependence on China.

Tajikistan holds huge significance for fulfilling India’s broader interests in the Central Asian region especially its ‘Connect Central Asia’ policy. More importantly, stronger India-Tajikistan partnership is of key importance for India to amplify its goodwill in the region as well as to add stability to Afghanistan and meet India’s future energy demands.