India continues to face many complex threats and challenges to its national security, a few of which are predictable and well-defined.

India has to use all instruments of its national power—political, economic, diplomatic, military, social, technological, psychological, cultural—in a coordinated manner to address its security concerns. This can happen only if we put an end to turf wars between different elements of national power, and look at the national security with a national outlook. 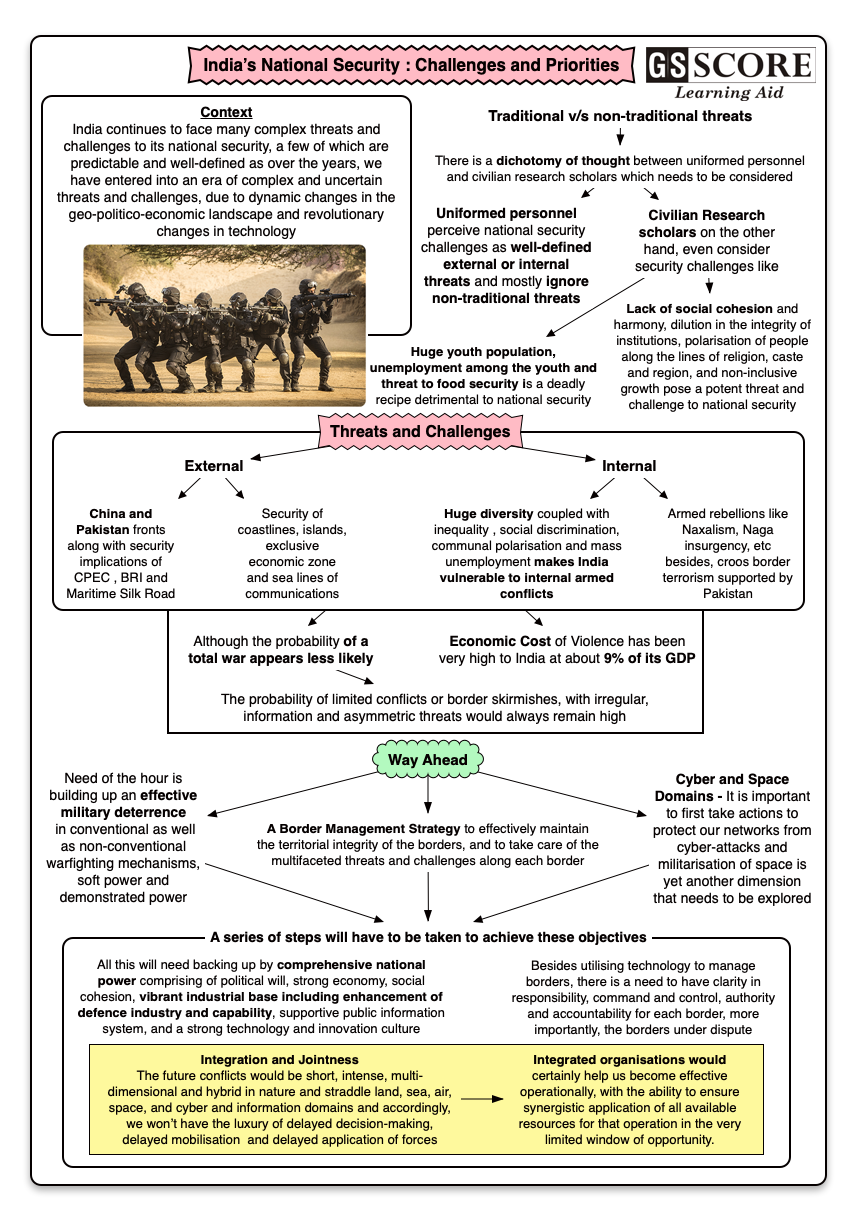