The Indian Space Research Organization (ISRO) released the Desertification and Land Degradation Atlas of India, which shows a worrisome picture of land degradation in India’s north-east. 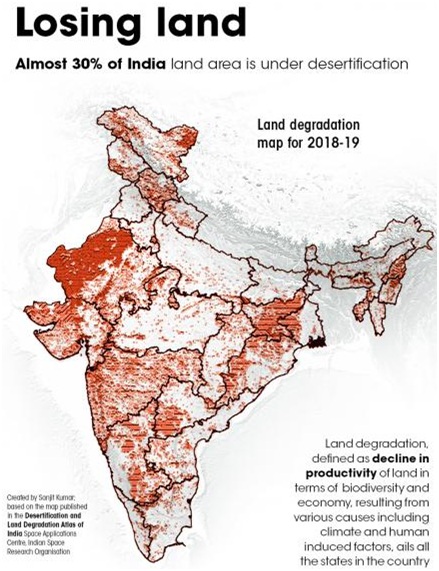 The most vulnerable areas

Why land degradation is a concern?