Provisions questioned by the petitioners:

Background behind Insolvency and Bankruptcy Code:

Post Supreme Court’s judgment in the case of Essar Steel and Bhushan Power & Steel, the word in the economic corridors is that the “defaulters’ paradise” has ended. Do you think that IBC will hold ground and deliver where schemes like SARFAESI couldn’t? Substantiate your answer by including recent amendments moved by the government to the IBC 201 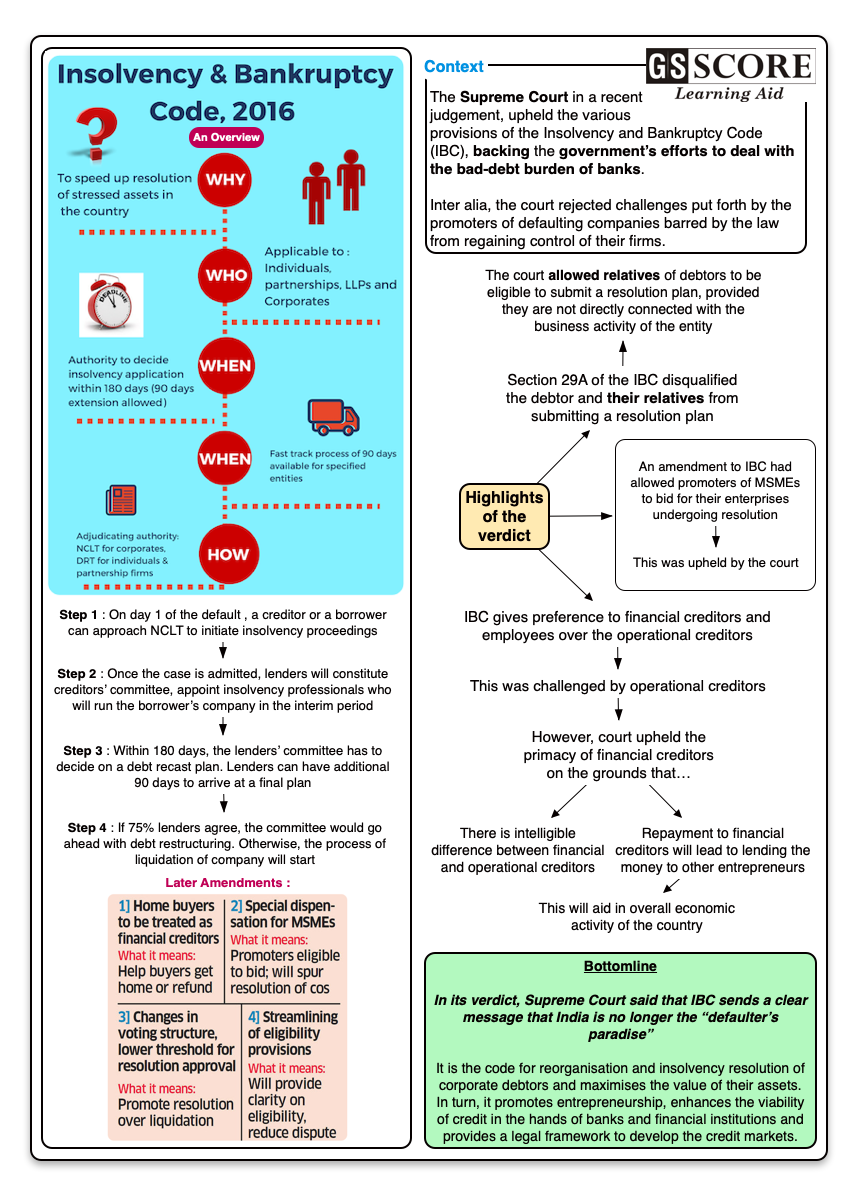