The 15th Finance Commission has recommended maintaining States’ share in the divisible pool of tax collections at the same level of 42% for 2020-21.

Recommendations for six years by the 15th Finance Commission

Why The Recommendation Period Is For Six Years This Time? 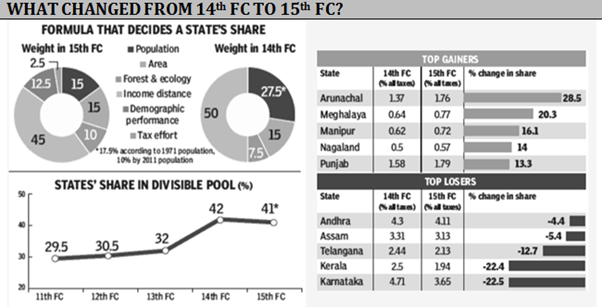 Summary of the Recommendations

The real challenge is to design and dovetail sectoral and performance grants with the existing plethora of Central Sector and Centrally Sponsored Schemes.