The Intergovernmental Panel on Climate Change (IPCC) has released a special report on the actions the world needs to take to prevent global average temperatures from rising beyond 1.5°C as compared to pre-industrial times.

Key Highlights of the Report

How to attain the 1.5 degree target? 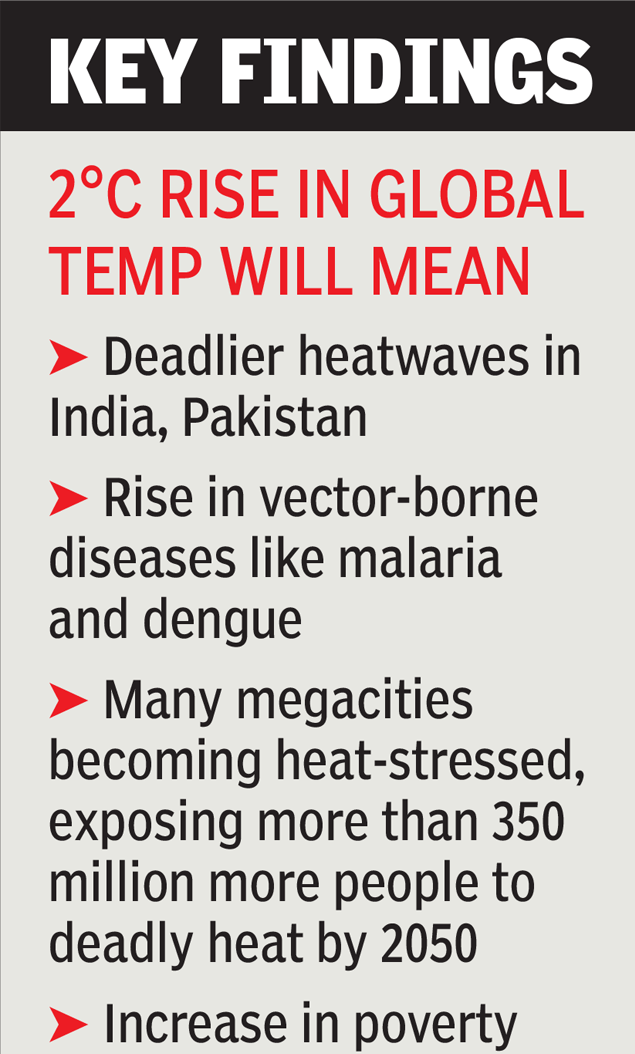 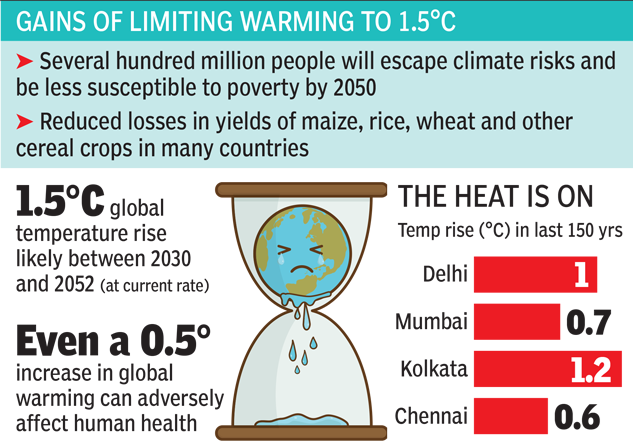 Q.“1. 5 degree C rise in temperatures will be catastrophic for coastal nations and agricultural economies like India.” Examine the given statement in the light of recently released IPCC Special Report on Global Warming of 1.5°C.