The Madhya Pradesh government has indicated that it plans to initiate steps towards creation of a Legislative Council.

The Madhya Pradesh government has indicated that it plans to initiate steps towards creation of a Legislative Council.

Upper House is considered important in the parliamentary system, as only a third of the seats are filled every two years and it therefore acts as a check against potential impetuousness of electoral majorities in the Lower House.

With members mostly indirectly elected, the Upper House also ensures that individuals who might not be cut out for the rough-and-tumble of direct elections too are able to contribute to the legislative process.

Under Article 169, Parliament may by law create or abolish the second chamber in a State if the Legislative Assembly of that State passes a resolution to that effect by a special majority.

At present, six Indian States have bicameral legislatures. Some argue that unlike the Rajya Sabha, the Vidhan Parishad does not serve its purpose and poses a strain on States’ finances. 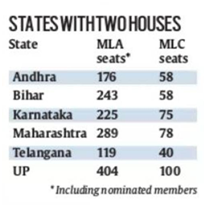 Thus, 5/6 of the total number of members of a legislative council are indirectly elected and 1/6 are nominated by the governor.

Arguments in favour of Legislative Councils 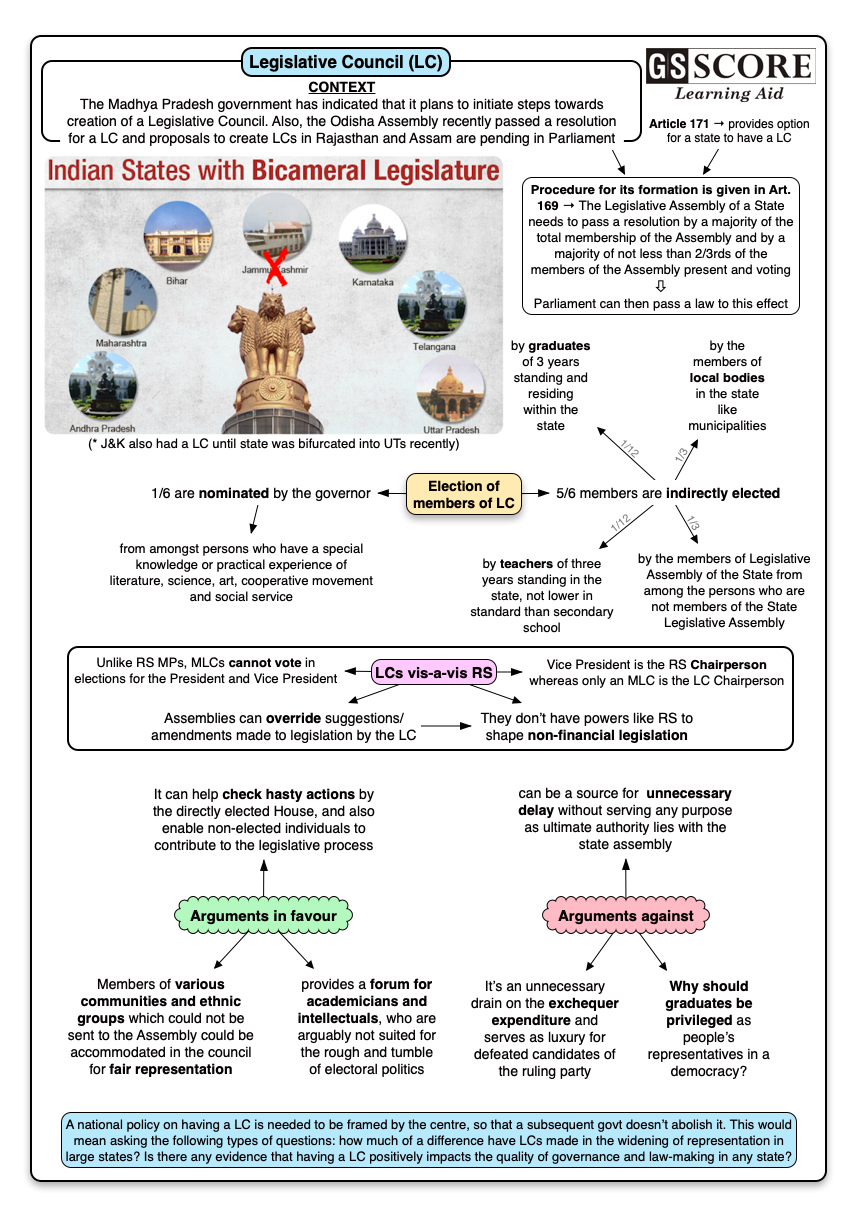