Lok Sabha passes the Indian Antarctic Bill, 2022 aimed at having India’s national measures for protecting the Antarctic environment and dependent and associated ecosystem.

About the Indian Antarctic Bill, 2022

Objective of the Bill

Need for the Antarctic Legislation

Key features of the Bill

Prohibition on introducing Birds not native to Antarctica:

Penalty system that has been introduced:

Significance of this Legislation: 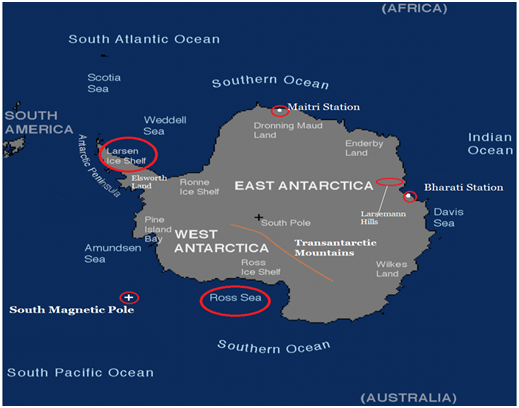 Environmental monitoring in Antarctica has, for example, led to the discovery of the seasonal depletion of atmospheric ozone over the Antarctic.As the Antarctic Treaty System matures it has become recognized as one of the most successful sets of international agreements, setting an example of peaceful cooperation for the rest of the world. As an environmental regime it is unique – an entire continent, which is essentially undisturbed, will remain protected because of the commitment and cooperation of the Treaty parties.

Antarctica is a natural reserve that is devoted to science and peace and to ensuring that Antarctica does not become the scene of international discord.