Under the Ocean Cleanup project, a floating device designed to catch plastic waste has been redeployed in a second attempt to clean up an island of trash swirling in the Pacific Ocean between California and Hawaii.

Threat of bio-accumulation and magnification:

Through a process called bioaccumulation, chemicals in plastics will enter the body of the animal feeding on the plastic, and as the feeder becomes prey, the chemicals will pass to the predator – making their way up the food web that includes humans.

These chemicals that affected the plastic feeders could then be present within the human as well.

This figure included the cost of beach cleanups and the financial loss incurred by fisheries.

Marine debris isn’t an ocean problem—it’s a people problem. That means people are the solution.

Tackling the problem of plastic in the ocean begins on land. Reduction in plastics use, especially of single-use disposable products, and the collection and recycling of plastics in developing countries can help to reduce the amount of plastic waste that enters the ocean.

As part of the official ceremony in Delhi, the Indian government, in collaboration with UN Environment also launched a joint World Environment Day Report: “Single-use Plastics: A roadmap for Sustainability”.

Presenting case studies from more than 60 countries, the report analyzes the complex relationships in our plastics economy and offers an approach to rethink how the world produces, uses and manages single-use plastics.

Once plastic particles reach the marine environment, wind and global ocean currents can spread them around the world. Ocean plastic pollution is an alarming issue due to its persistence, complexity, steady growth and the pervasive impacts it has on ecosystems. Discuss. 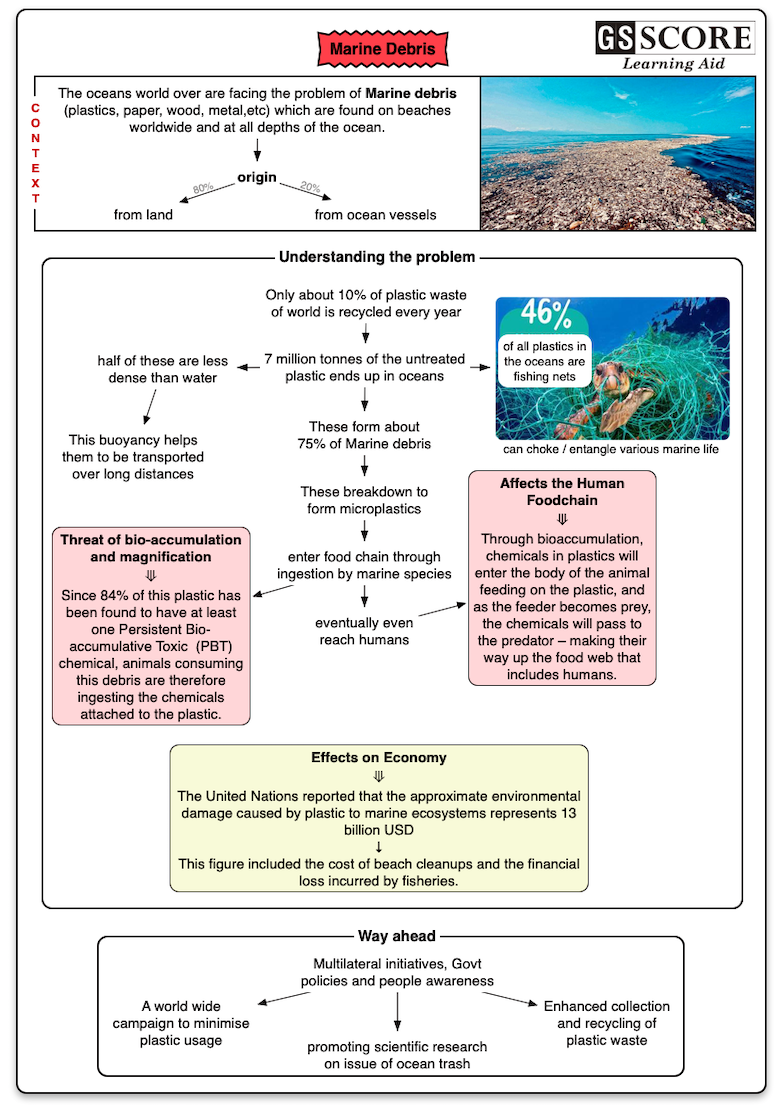