Concerns while implementing the decision

Advantages of Merging of Banks

Disadvantages of Merging of Banks

The recent wave of rapid measures taken by the Government for igniting the flow of investments and spur demand in the economy are expected to being results both in short term and long term as well. More structural reforms like amending the FRBM Act are needed to take India to the $5 Trillion Economy by 2024. 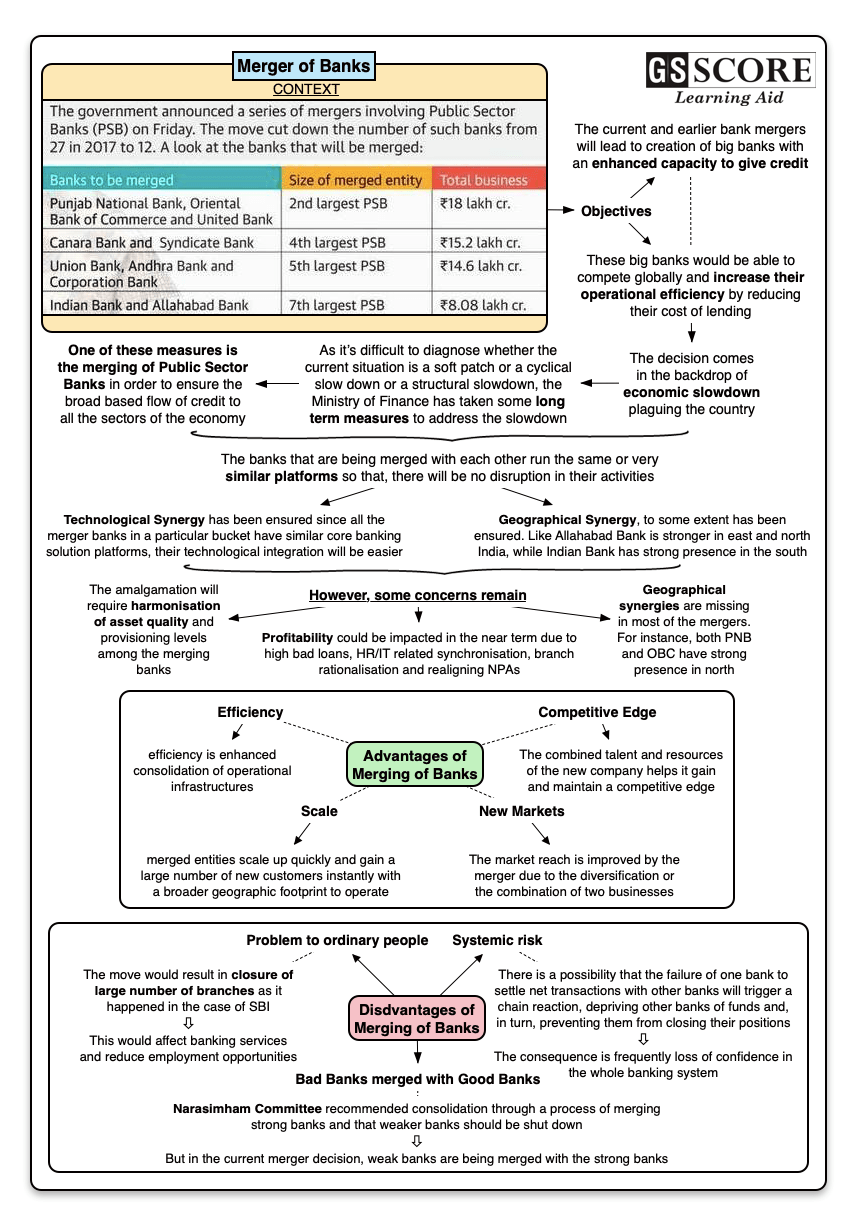