Initially developed in the west in 2017, #MeToo Movement has spread in almost all the major parts of the world. The second wave of the movement has been experienced in the countries like India and Korea.

Our focus should be on prevention through awareness and experiential learning using emotional intelligence, art and technology. #MeToo campaign has greatly helped initiate a global dialogue on sexual harassment. 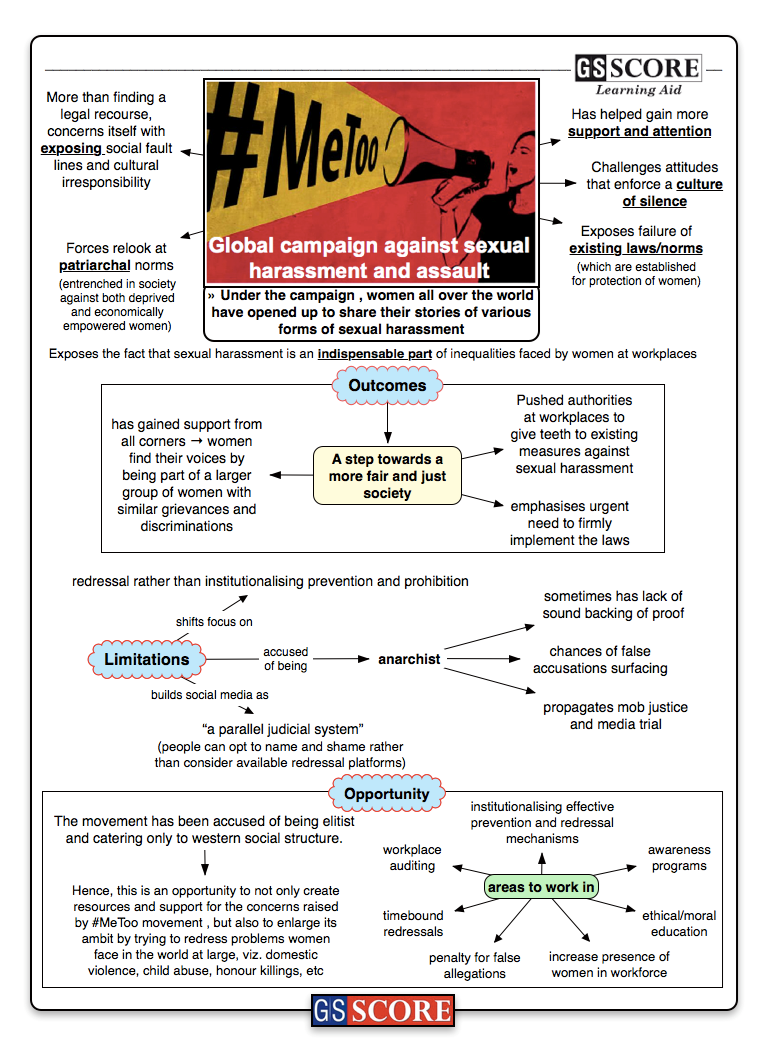 1. #MeToo campaign is an anarchist and elitist movement far from addressing the issues relevant to women in developing countries like India. Critically analyse.

2. #MeToo movement shifted conversation regarding sexual abuse from the realm of legality to that of cultural responsibility. Elucidate.

3. #MeToo in third world countries is nothing but imitation of the West. Critically analyse.

4. Social media has reoriented the contemporary feminist movement. Discuss in the light of #MeToo Campaign.

5. Sexual harassment of women at workplace results in twin burden of reduced economic productivity and the degeneration of moral principles of society. Discuss in the light of #MeToo campaign.