Misuse and overuse of antibiotics in India

What is a FDC drug?

What makes FDC so popular?

However, combined medicines can pose adverse effects on health system. Some of the drugs pose dangerous side-effects and unnecessary use of combination drugs makes the human body resistant to treatment.

Antibiotic resistance is one of the world's most pressing health problems:

Why antibiotics are meant to be sold only under a doctor’s prescription:

The overuse (taking antibiotics even when they're not the appropriate treatment) and misuse of antibiotics are key factors contributing to antibiotic resistance.

By Government of India:

Critically evaluate linkages between FDC and rise of antimicrobial resistance in India. Suggest suitable strategies to mitigate the fallouts. 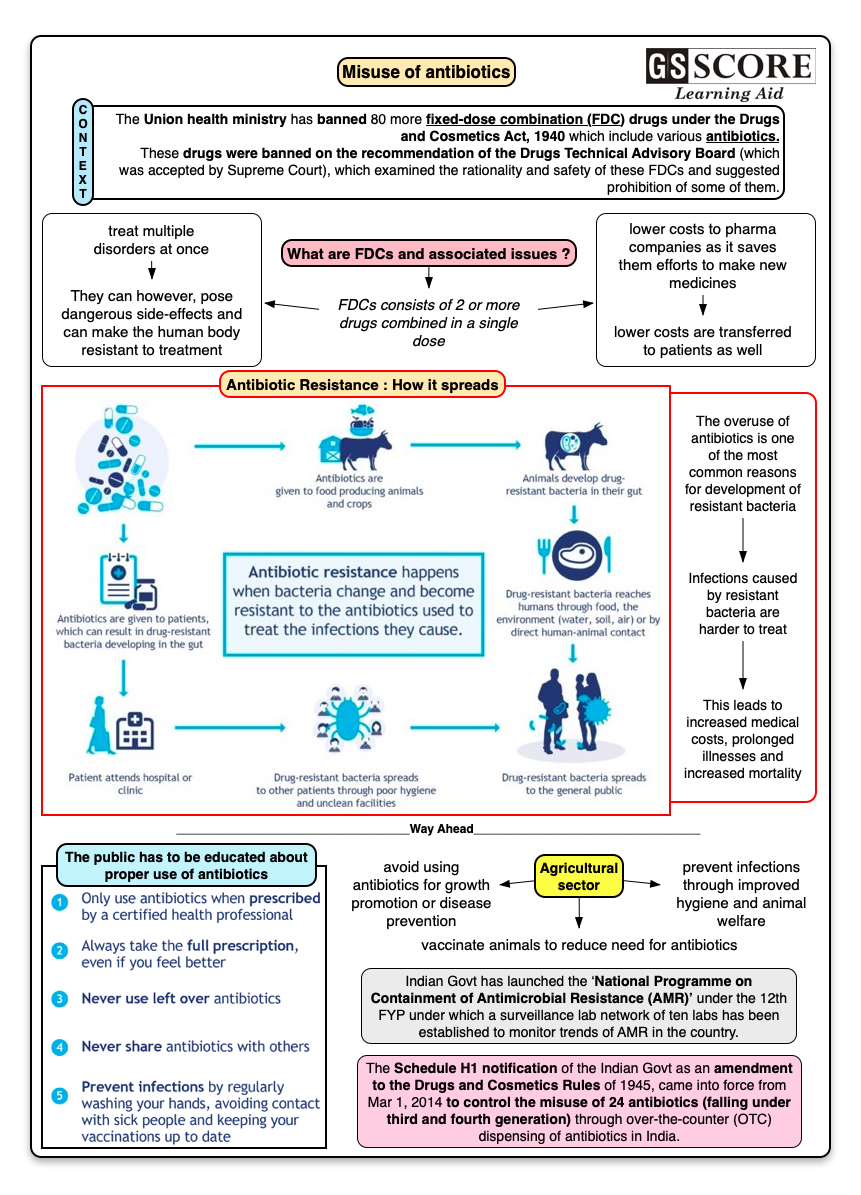