A cyclone is a huge strong wind system which blows around thecentre of intense low-pressure area. Cyclones are the local nameof the Indian Ocean and the South Pacific Ocean, but in theNorthwest Pacific Ocean they are known as typhoons, and in theNortheast Pacific Ocean and North Atlantic, they are known ashurricanes. Since the cyclones form in the tropical region, theyare also known as tropical storms, tropical revolving storms ortropical cyclones. In the northern hemisphere, cyclone winds blow anticlockwise and they reverse in the southern hemisphere. 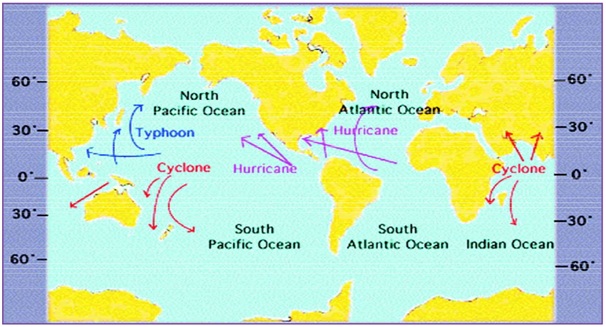 There are three hazards associated with a cyclone, which cause destruction

Most destructive cyclone in the past

District identified as Vulnerable to tropical cyclone in India 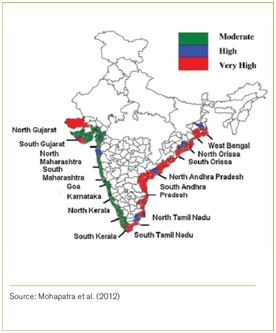 Mitigation means measures taken prior to the impact of a disaster to minimize its effects. Mitigation measures for cyclone include both structural and non-structural measures.

NDMA has prepared these Guidelines for the Management of Cyclones (hereinafter referred to as the Guidelines) to assist ministries and departments of GoI and state governments to prepare their DM plans. Once all the activities, as laid down in the guidelines of National Cyclone Risk Mitigation Project are implemented, we will be much better prepared to face the hazards of cyclones.