Patent and Patent laws in India:

Do the farmers not have the right to save the seeds from their own crops? They do have this right but in traditional and conventional context. The Supreme Court has decided to send back the matter to the High Court for a fair hearing, because the case regarding patent infringement, patentability, seed patents, etc. are complex and cannot be decided in summary proceedings.

It is a universal fact that life cannot be patented. Given the recent ruling on Monsanto and the objections that it raised, critically evaluate the effectiveness of Patent law in India and how far this ruling will impact Indian cotton farmers? 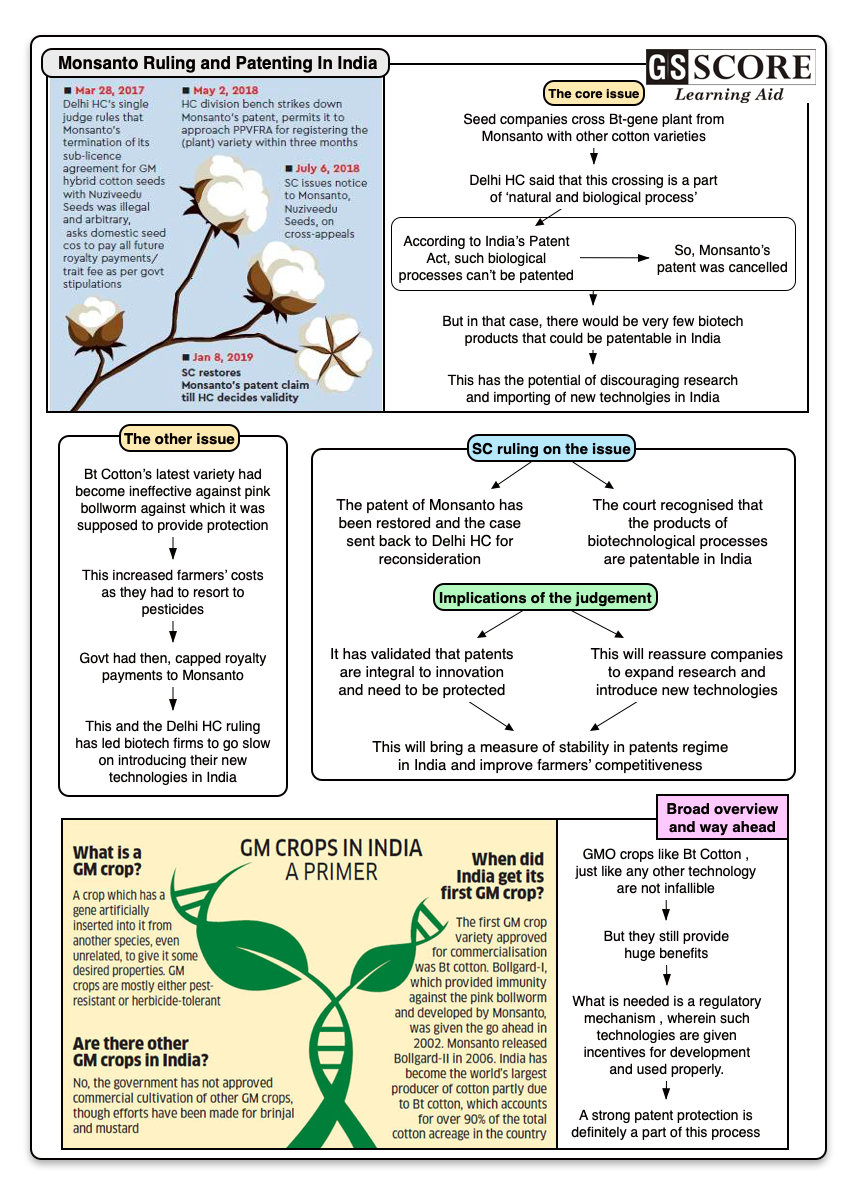 No space for protest movement in political science

To include wetland conservation in upcoming biodiversity, climate change negotiations