Increasing supply management hurdles due to growth in Milk production has outstripped population growth in India.

Increasing supply management hurdles due to growth in Milk production has outstripped population growth in India.

Though the white revolution achieved most of the targets but due to changing consumption pattern and lifestyles of people there is need of new way to deal with the issues which could be fulfilled by the advent of new white revolution.

Why there is a need of New White Revolution?

Therefore there is a need to have a re-look at the whole policy for Dairy sectorand to take steps so that the interests of the Indian farmers and consumers are protected.

What is new in New white revolution?

As white revolution mainly focused on production aspect of milk, new white revolution focuses more on other ways and aspects which could increase farmer’s income as well as the development of the related sectors:

But to achieve the new white revolution there are certain challenges that need to be addressed.

Measures need to be taken:

Indeed, the White Revolution has played an important role in improving the living standards of the people in India. There is a need to add quality through new white revolution which can help achieve the true motto of New India. 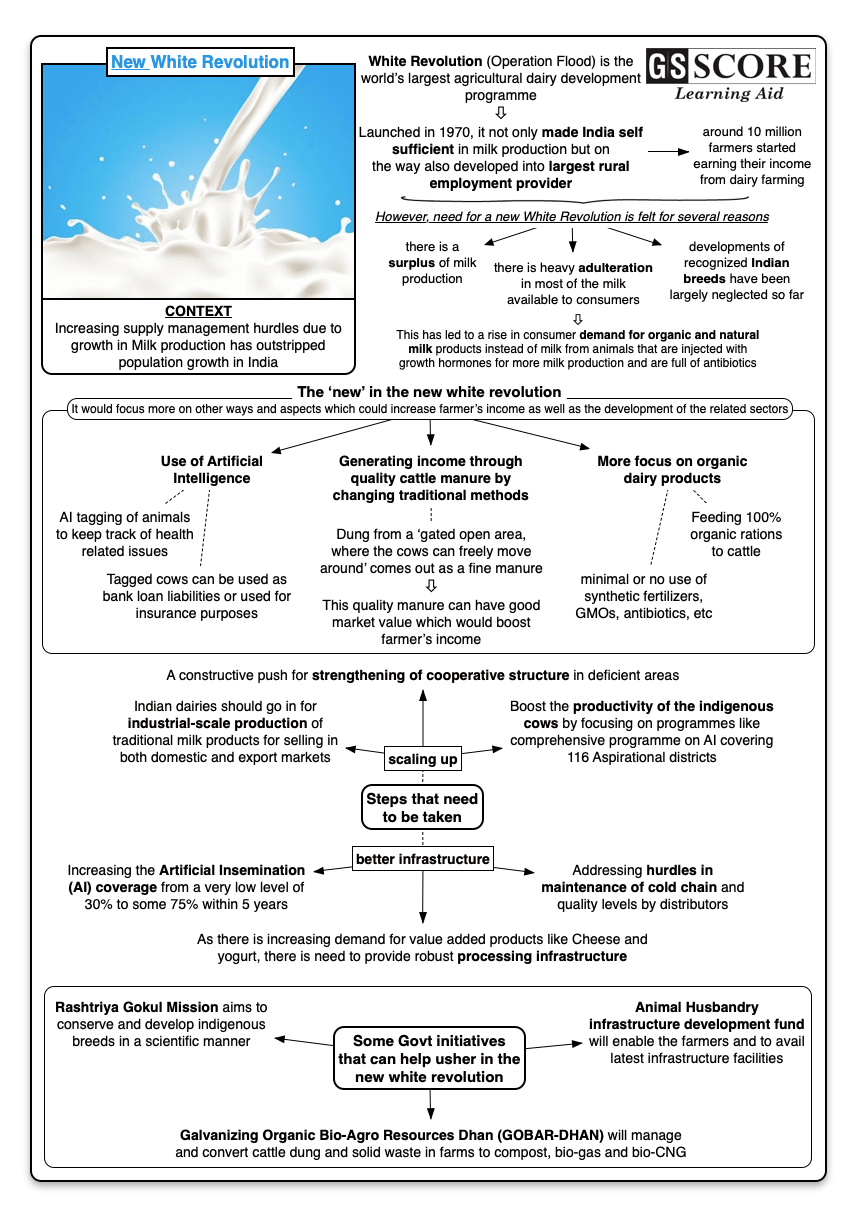