What does Representation of people’s act say on Office of profit?

How do courts decide on ‘office of profit’?

What does not constitute an Office of profit?

Lawmakers should amicably make discussions to specify the criteria for office of profit. It should involve consultative process with feedback from the Election commission of India, judiciary and political experts. It is essential to revisit the laws on disqualification and Office of profit in order to avoid conflict of interests, for MPs and MLA’s to discharge duties honestly, ensure separation of powers and strengthen the democracy overall. 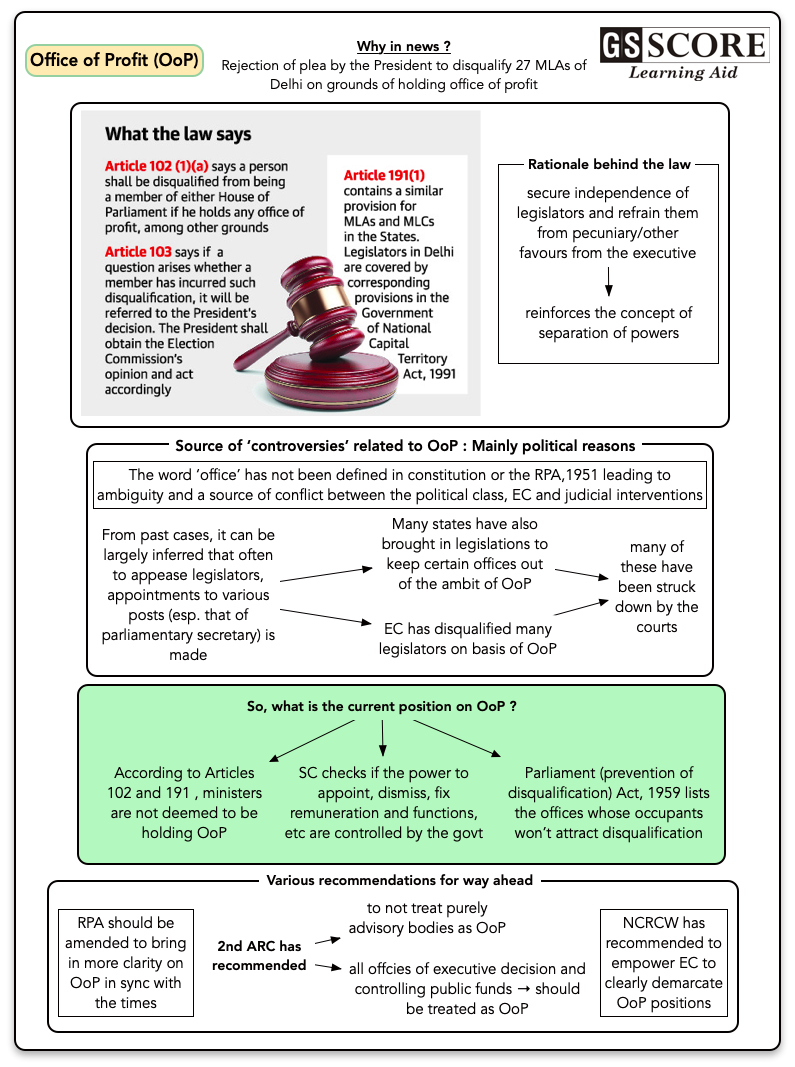