Outcome of 24th Session of Conference of Parties (COP)

The Katowice package includes guidelines that will operationalize the transparency framework.

Talanoa Dialogue and Action Before 2020

Discuss the key outcomes of the recently concluded session of the Conference of the Parties to the UNFCCC (COP 24) held in Katowice, Poland. 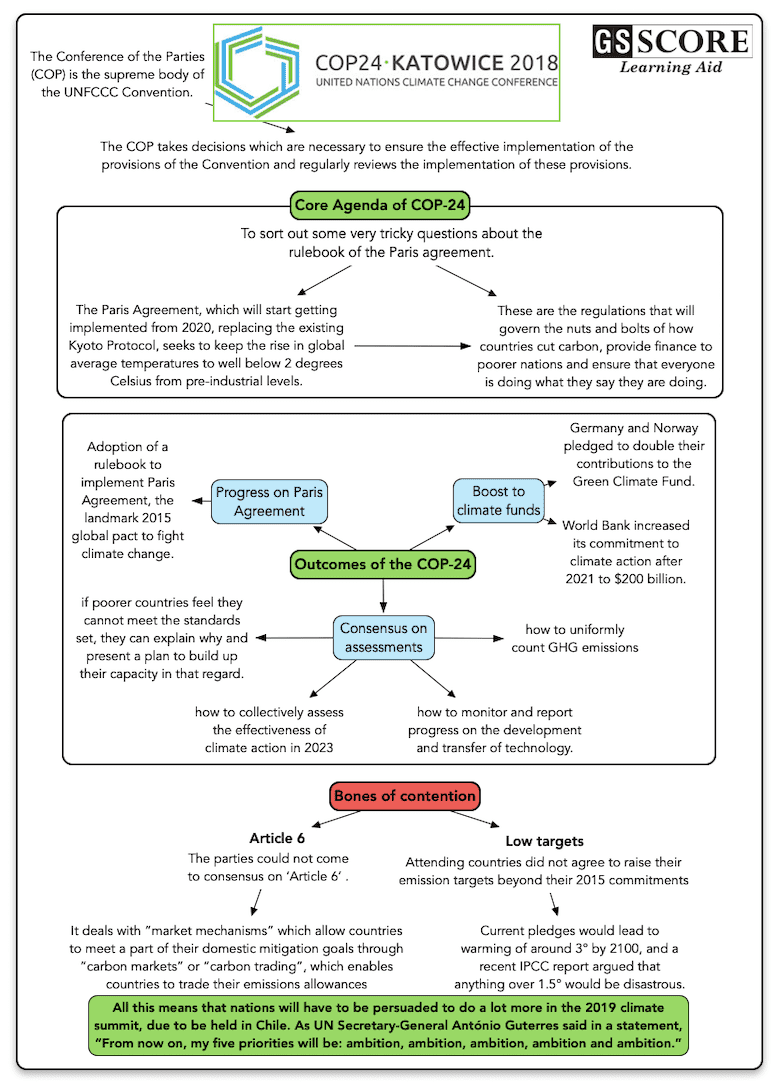